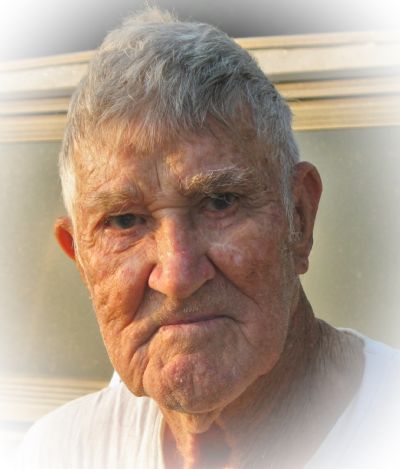 Connie Chester Rose, age 105 of Big Flat, Arkansas passed from this life on Sunday, October 10th, 2021 at Robert J. Dole VA Medical Center in Wichita, Kansas. He was born along the Buffalo River near Big Flat, Arkansas on August 20th, 1916 to Rexford Randolf Rose and Hazel Arizona Rand Rose. Connie was married to Bernelle Lawrence on November 20th, 1945 until her death on April 21st, 1971. He married Wanda Taylor in 1973 until her death on October 1st, 1999.

With only a sixth grade education, Connie taught himself many skills. He enjoyed reading until his eyesight failed. He loved being out in the forest hunting or just enjoying nature. Connie put out a large garden every year up until he was in his 90's. Throughout his life, he loved animals; having foxes and squirrels as pets as well as dogs, a horse and two mules. Connie worked in the Civilian Conservation Corps (CCC), a volunteer work relief program in the 1930's. In WWII he served in the Army Air Corps from March 12th, 1941 until he was honorably discharged on September 8th, 1945. In the late 40's and early 50's, Connie worked for the Arkansas Forestry Service in the Baxter County area of the Ozark National Forest watching for fires. Around 1954 Connie moved his family to Wichita, Kansas and later to Haysville, Kansas to work for Boeing Aircraft. He retired from Boeing in the late 70's after 43 years of service. After retirement he split his time between Big Flat, Arkansas and Derby, Kansas where he resided with his second wife, Wanda. They later moved permanently to Big Flat after Wanda retired.

Connie is preceded in death by his parents, Rex and Hazel; his wives, Bernelle and Wanda; and his sisters, Irene Rose and Marveen Wood.

Graveside services for Mr. Rose will be 11:00 AM Friday, October 15th, 2021 at Big Flat Cemetery in Big Flat, Arkansas.
Mr. Rose will be laid to rest with Military and Masonic honors.
Memorial contributions may be made in his honor to Alzheimer's Association 201 W Markham Center Little Rock, AR 72205

Prayers for the family. I enjoyed attending lodge with Connie in yrs past. A good man and mason.

My deepest sympathy is extended to Connie’s family. He was one of my propane customers for many years. I enjoyed talking to him.