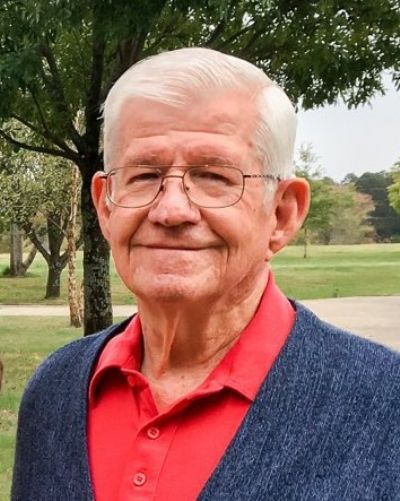 For the past four years, he attended the Branson Church of Christ in Branson, MO where he lived with his daughter and son-in-law. Prior to that he lived in Little Rock where he was a member of the Hebron Baptist Church for 71 years. He retired from a 40+ year career as a land surveyor in Little Rock, at one time serving as the president of the Arkansas Association of Registered Land Surveyors (AARLS).

He was preceded in death by his parents; his wife of 62 years, Virginia Lou (Taylor) Lowe; two brothers, James Edward and Tommy; an infant daughter, Elizabeth; and a great-grandchild, Alexis Lowe.

Visitation will be 12:30 to 2:30PM Friday October 8th, 2021 at the Roller Chenal Funeral Home, 13801 Chenal Parkway, Little Rock, AR. A family-only graveside service will be held on Friday, October 8th, 2021. Interment will be at Pinecrest Memorial Park in Alexander, Arkansas. On line guest book: www.rollerfuneralhomes.com/chenal

I went to Hebron before we left. I loved bro hob so much. He will be missed. Me and mom talked to him every Sunday and Wednesday. He will be my angel now and in our hearts.

I worked with Bob in the early 1970’s. I was single when I was hired, Bob came to my wedding and then years later he did survey work for me and my second husband. He was so good to me as I learned over and over how to type those legal land descriptions without transposing letters and numbers. The land surveyors he supervised kept him on his toes. We worked in a small office atmosphere and everyone was friends. I highly respected Bob. I’m sad I only saw him a few times after I left Mr. Graham’s. My sympathy to his family.

My family including my parents, James and Sammie McCraw went to church at Hebron Baptist with Bob since the 1960's. I have known him all my life. He was in leadership at Hebron and led music nearly all that time. From a historical perspective he was certainly an important part of Hebron. He is a great man that leaves a great legacy!