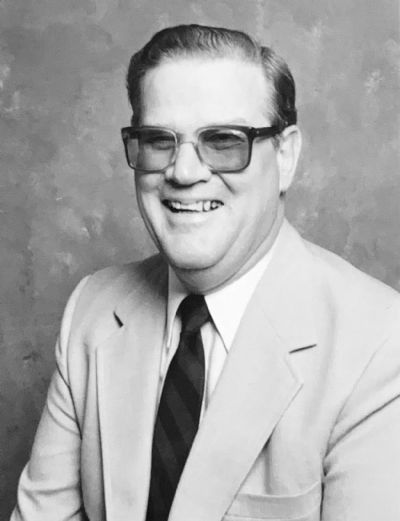 Ira (Sonny) Edward Thomas, Jr., age 84, of Harrison, Arkansas, passed away on Sunday night September 26, 2021, at the Hospice House in Harrison, of a heart condition. His wife Norma Thomas, and sons, Shannon and Roger, were able to spend valuable time with him during the week leading to his passing.

Ira was born in Campbell, Missouri, to Jewel Thomas and Ira E. Thomas, Sr., on December 4, 1936. He was born in humble surroundings, in the small rural town of Campbell. He attended Campbell schools for 12 years and graduated from there. During his childhood, Ira worked and picked various crops, mainly cotton, in the fertile region of southeast Missouri.

He met the love of his life, as well as the source of his life in his later years, Norma Sissom, when he was 17 years old, and she was 14. They married 2 years later on November 19, 1955, at which time he worked for the Cotton Belt Railroad as a telegrapher in Southeast Missouri, as well as Arkansas, for 9 years. In May of 1964, he moved his family, including wife Norma and 4-year-old son Shannon, to Memphis, Tennessee. In Memphis, he changed professions and entered the transportation industry, where he worked in management for multiple truck lines for over 30 years. His family appreciates so much the selfless sacrifices he made during this time of his life. His son Roger was born in May 1965 in Memphis, which would complete Ira's immediate family.

He enjoyed nothing more than following St. Louis Cardinals baseball and watching both sons participate in sports. He worked the "midnight shift" during the 1970's so that he could attend all of the games in which they played at Oakhaven Baptist Academy. They made their home in the southeast neighborhood of Oakhaven, where a small-town way of life could be experienced in the city.

The family participated and knew firsthand of Ira's hobbies in which he became so focused to the point of being a perfectionist. He grew roses in Memphis for years that won trophies, platters, and blue ribbons as a member of the Memphis Botanical Gardens. He also took up golf, listening to music, building an album collection, and for nearly a decade he put together a small library of Thomas and Sissom (in-laws) genealogy.

After vacationing and spending holidays with family in the North Arkansas area several times, Ira started looking for jobs and found one in Harrison, Arkansas at Garrison Motor Freight in June of 1979. This would prove to be one of the most important moves in Ira's life as he spent the last 42 years of his life here.

When Ira and Norma became "empty nesters" in 1985, Ira stepped out of his professional comfort zone and became a real estate agent for Century 21, and later Remax, both in the Harrison area. He found his greatest joy working in the real estate industry and was very successful in his 20 years as a realtor. He was known to be honest and fair, and the awards received, repeat customers, and referrals were many. He retired while working in the real estate industry.

One of Ira's favorite past times was reading and studying the Civil War, World War II, Native American history, and the King James Version of the Bible (that he read 4 times). He could talk for days on these topics, and often did. We all thought he could have been one of the best teaching professors on these subjects at any university. We have his voice recorded telling these types of non-fiction stories to cherish forever.

Additionally, he was an old movie buff and very much enjoyed watching old movies with Norma, his children, and grandchildren. He loved most all old movies, but westerns, specifically "Shane", were his favorite.

He was preceded in death by his parents, Jewel Thomas and Ira E. Thomas, Sr.; his sisters, Mary Lou Stachon, Bernice Pleasant, Mildred Snider, and Edna Mae Smith, and an unnamed infant brother who passed away during birth.


Visitation will be held on Saturday morning, October 2, 2021, from 9:00 to 11:00 AM, at Roller-Christeson Funeral Home in Harrison, 519 N. Spring Street. A graveside service will be held later that afternoon at 5 pm in Campbell, Missouri at Woodlawn Cemetery.

In lieu of flowers, if you'd be so inclined, please make a donation in memory of Ira Thomas to The Gideons International, PO Box 140800, Nashville, TN 37214. The Gideons are best known for distributing free copies of the Bible in the United States and around the world.

So sorry that Sonny left us. Shelby {Miller} kept me in the loop as we spoke on the phone occasionally. I know that the last year with the Covid 19 going on you probably could not have visited Sonny. I am sorry he had to go with this 'stuff' going around . His obituary was great to read about his 'life' where you lived, his jobs, your kids.....one living here in Bentonville. We have lived here since 1970.

Hope you are doing well. I have lots of good memories from the High school.
May God take care of you.

Sorry for your loss. Ira was a great guy