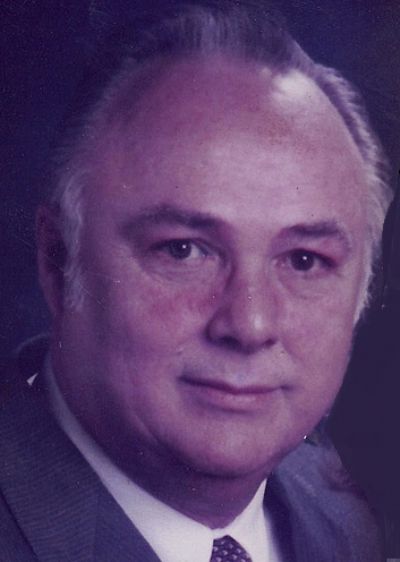 Theo (Ted) A. Dillaha Jr.
Feb. 28, 1927-Sept. 25, 2021
Theo A. Dillaha Jr. peacefully started his heavenly adventure with family by his side after a short illness. "Ted," known also by his family as "Daddy" or "Granddaddy" was the happiest of patriarchs. He lived life to the fullest - never missing an opportunity to play golf, cards, go to the races, attend or watch a Razorback game or spend hours with family and friends working on a puzzle. Ted was patient and kind. He spent countless hours teaching, laughing, and playing games with Mary Ann, his four children, eight grandchildren and nine great grandchildren. He made everyone feel as if they were the only person in the room. He also shared his good-hearted competitive nature and as a result, the Dillahas play Chinese checkers like the purse is a million dollars when it's simply bragging rights.
Ted was an ambassador of joy. To know him was to see and feel joy and happiness. He was larger than life because he simply loved every minute of it, and everyone in it. He lived with a twinkle in his eye and a smile on his face. He didn't miss an opportunity to meet people and make new friends. He found the good in others and inspired those around him to be their best version of themselves. Not because he asked them to - because that is simply how his leadership inspired others. This was often demonstrated by his recruiting of friends and family to join him serving at the Little Rock Stewpot and their mission to "Feed the Hungry."
The twinkle in his eye, his happiness, kindness, patience and joy will live on as his legacy in many generations to come. His only known weaknesses were ice cream and chocolate, and he loved a good stop at Cracker Barrel on road trips. The only time he fibbed was when he was asked how many corned beef sandwiches he had at the races and he would wink and say "Well, probably just one" and light up with a big smile.
Ted was born in Little Rock in 1927. He graduated from Tennessee Military Institute and then attended Baylor and Texas A&M for the Army Specialized Training Program. He served as 2nd Lieutenant in the Army with the U.S. occupation forces in Japan as a JAG officer. Upon returning, he earned his B.A. in Law from the University of Arkansas. He was a Boy Scout leader and was on the Quapaw Council Board where he received the Silver Beaver Award. He was a member of the Founders Lion's Club since 1963 where he received the Melvin Jones Fellow Award. Ted was also the Chairman of the Diaconate at 2nd Presbyterian Church.
After graduation, Ted worked at the family wholesale fruit and vegetable business, "The Dillaha Fruit Company," where he was appointed a member of the United States Fruit and Vegetable Board and later became President of the Dillaha Fruit Company. He was also elected to the Little Rock City Board of Directors in 1972.
In Ted's own words, "I have been blessed my entire life, with love and care from my parents, my two sisters Daphne and Patricia, my loving wife Mary Ann, my children, the Veterans Association, Lions Club, his beloved ROMEOS (Retired Old Men Eating Out) and card buddies, fellow church members and Woodland Heights residents and staff and my many friends and family."
Ted is survived by his beloved wife of 70 years, Mary Ann Davis Dillaha, whom he toasted at their 50th Wedding Anniversary as "the most beautiful woman in the world"; his children Mary Louann Stafford (Doug) and Theo Dillaha III (Rebecca Caldwell); his daughter-in-law Kay Hunt Dillaha; grandchildren Kristine Bailey, Cindy Dillaha Lemley, Essra Dillaha Kibler (Colin), Evan Dillaha Neiser (Celeste), Tansil Kay Sandlin (Scott), Damon Alvin Neiser (Brett), and Dalton Scout Dillaha; and great-grandchildren Connor Carlile, Cole Lemley, Daphne Kibler, Hazel, Dalton and Boone Sandlin, and Lilly, Cece and Maggie Neiser. He was preceded in death by his parents Theo A. Dillaha Sr. and Myrtle Anna Yarbrough Dillaha; sisters Daphne Thompson and Patricia Chambers; sons Thomas Tansil Dillaha and Bennett Davis Dillaha and grandson Thomas Tansil Dillaha Jr.
Memorial services will be held at 2 pm Thursday, September 30 in the Second Presbyterian Church Memorial Garden, 600 Pleasant Valley Dr, Little Rock, AR.
In lieu of flowers, the family requests donations be made to the Maasai Education Foundation at https://paypal.com/us/fundraiser/charity/2457198 or mail checks payable to Maasai Education Foundation at 345 Woods Lane, Newport, VA 24128. The Maasai Education Foundation is a public charity started by members of his family that he was very proud of. The Foundation operates a primary school in Tanzania for Maasai children from disadvantaged families.

I am so very sorry to learn of Ted’s passing. He was such a sweet and kind man. My mom, Diane Mayernick, just loved him and he was so sweet and kind to her. She knew him from working with him at Arkansas Agricultural Statistics and they kept in touch through phone calls and visits.
My heart goes out to his wife and family during this most difficult time. I pray that God will wrap His arms of love around them and blanket them in his comfort

I am so saddened to hear of Ted’s passing and have such fond memories of him while working part time at USDA. My mother, Diane Mayernick, formed a strong friendship with Ted and Mary Ann when she worked with them at Ag Statistics. She would be so saddened to hear of his loss and he was a wonderful, WONDERFUL man! I consider myself blessed to have known and loved him. 💜💜💜💜. Amber

I'm so sorry to hear of the the passing of Mr. Dillaha. I had the pleasure of caring for him while working at Woodland Heights. Mr. Dillaha was truly one of a kind. I enjoyed doing puzzles (with him blaming me for it not being completed in a timely manner), or him trying to get me to sneak him an extra piece of pie or a cookie. He will be truly missed. Prayers for comfort and understanding during this difficult time. Looking forward to seeing him again. Hopefully he will have the puzzle completed and saves me a cookie. :-))

Lion Ted was a true gentleman. He was kind and caring. He served approximately 20 years as secretary of the Little Rock Founders Lions Club. He was a joy to be around. My prayers are with his family. Lions Past District Governor Kandy Cayce

Our deepest sympathy to the family. Peace by with you.

I had the pleasure of caring for Mr. Dillaha over the past few years in our Home Based Primary Care service here at the VA, we shared many mutual friends and became close friends. He was a true gentleman in every aspect and always had a smile on his face. We will truly miss him as a patient, friend, and fellow Veteran.

I was so sorry to hear about the passing of Mr. Dillaha. My parents, Chic and Mary Ann Young, were friends of his, and I can remember a lot of stories told. He was a very nice and good man and will be greatly missed. To the family, please know that I am thinking about you all.

Mr. Ted was one of a kind. We all greatly loved him. My heart aches for you.When your heart is empty, filling it with happy memories can help.With a sincere condolences, Kathryn Taber