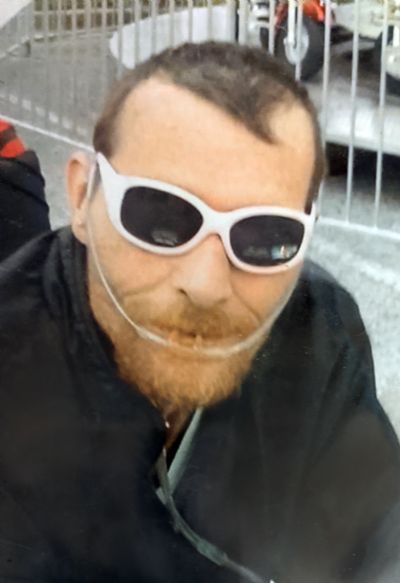 Dallas E. Cook, age 56, of Harrison, passed away at his home on Tuesday, September 7, 2021. He was born October 1, 1964, in Germany to George and Ellena (Runyon) Cook. He was preceded in death by his parents; his brother, William Cook; his sister, Melissa Cook Williams; his uncles, Bud Cook and Willie; his aunt, Yoko Runyon; and his step-father, Bob Null.

Dallas enjoyed hunting, fishing, and spending time with family and friends. He was a volunteer firefighter for 30 years with Lakeway Fire Department, where he was Chief for five years, and he was also an EMT. He was a logger until his health would not allow him to get out in the woods. He also worked with the Arkansas Game and Fish.

Dallas is survived by his wife, April Hutchens, of the home; his sons, Coy J. Cook and Travis Goodman; his grandchildren, Patrick Hearn and Kadin Kirkpatrick; and his brothers, James Vick and Phillip Vick.

Dallas is also survived by his niece, Felicia Williams; his uncle, Bill Cook; his cousins, Ralph Sutton and Jennifer Bronson Dicken; and his husband-in-law, Timothy Kosharek.

Interment was in Dodd City Cemetery, off Marion County 3047.

I want to say that I have knowed Dallas for a very long time.We had growed up around one another back at Pyatt and also Lead Hill-Arkansas.I am saying to all his familey and also to all his friend's I am really so very sorry to hear of your death of Dallas.He was a really good man to know.And he will be missed so much.His sister Melissa was one of my good friend's and she is really missed also and to and also his brother William and also all his other familey is my friend's also and to.Jesus love's u guy's also and to.Love Danna Turner.

My husband and I would like to send our condolences. We appreciated Mr. Cook's kindness when we would stop by to visit my Mother.

Dallas you will be missed. Tell Sara hi
Love you. Thinking about April today on your Anniversary. You had a special place in many people’s hearts… including Sara. God bless you April. You have a good heart💜
TINA

Today is our wedding anniversary. I think of you everyday however today seems to have more thoughts. I will forever love and miss you my monkey man.

Hey will be missed but forever email in our hearts

Scott and Jennifer Acuff and girls

I will always remember all of what Dallas did for me and my girls. How he was there for me and girls when we needed it the most. I cannot say this about a lot of people that are still living among us but Dallas was a true friend and like a brother to me and a uncle to my girls. We will miss you so deeply and will always love you