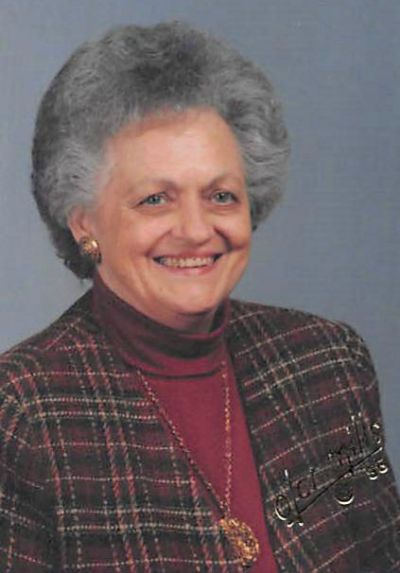 Wanda Janet Wise Thompson, 94, of Pangburn and formerly of Little Rock, went to be with Jesus on Tuesday, September 7, 2021. She was born on July 24, 1927 in Pangburn, Arkansas to John Franklin and Foy Lee Pate Wise. She was retired from Equitable Life Insurance Company of Little Rock. She was a member of First Baptist Church of Little Rock for more than 50 years. While at First Baptist Church, she was very accomplished in Sign Language and ministered to the deaf in Sunday School as well as interpreting Sunday Morning Sanctuary Services including the music and sermon.

Upon moving back to Pangburn in 2002, Wanda joined Trinity Baptist Church in Searcy, where she was very active until 2017 when, due to failing health, she moved to Florida to be closer to her son and daughter.

Visitation will be at 1 pm on Tuesday, September 14 and funeral Services are at 2 pm on Tuesday, September 14, 2021 at Roller-Daniel Funeral Home, 411 East Race Ave., Searcy Arkansas 72143. Burial will follow in Howell Cemetery at Clay, Arkansas.
In lieu of flowers, memorials may be made to Trinity Baptist Church Benevolence Fund or Building Fund. Trinity Baptist Church, 1601 East Moore Ave, Searcy, AR 72143