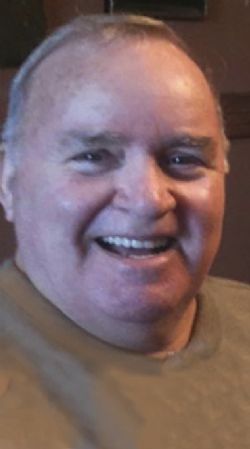 Johnnie Clayton "Butch" Harvey, Sr., 75, of Little Rock, Arkansas, passed away on the morning of July 5, 2021, after a long battle with diabetes.
Johnnie was born on August 8, 1945, in Little Rock, coming in at a weight of 12 pounds. The nurse said, "That's a big butch baby," and the nickname "Butch" stuck. He grew up on 36th and Malloy St in Little Rock and attended Little Rock Tech High School where he graduated in 1964.
Butch married the love of his life, Linda Paula Hall, on November 23, 1968. They were married for 52 years and lived in the same house for the majority of that time, raising their two sons.

Butch loved his family, his church, his Masonic lodge brothers, college football, and organizing family reunions. Butch was an avid bowler for a while but was not an avid hunter. He killed his one and only deer, a 3-point, which his sister-in-law Debbie Phillips mounted. It still hangs on
the living room wall to this day. He worked at a gas station as a teenager. In his early twenties, he was a milkman for Coleman Dairy. He spent the majority of his work life at Orbit Valve. He started there sweeping floors,
became a machine operator and worked his way up to general foreman. Butch left Orbit because he always wanted to own his own business. As a result, he had a three-year stint as a restaurant owner in the mid-1980s, owning, managing, and cooking at Dad's Family Restaurant, a diner located on Lawson Road. He also worked, for a short time, at Little Rock Electric and with USA Truck as a cross-country truck driver. He returned to Orbit (later Cooper Cameron), retiring after 34 years of total service in 2007.

Butch was a lifelong member of Crystal Hill Baptist Church. He survived the tornado of February 22, 1975, that destroyed the church building. His two young sons and five of his nephews and nieces were in the car, when he came up the hill to see the twister right in front of them. There was no time to exit the vehicle, so he quickly pulled into the church parking lot and made all the kids get on the floorboard. Even though all the side windows were blown out of the car and a tree limb pierced the windshield, only one niece was slightly injured.

As a member of Crystal Hill Baptist Church, Butch was President of the Senior Citizens group and served in that capacity for several years. He was a dedicated Mason for 47 years. He started his membership at Westwood Lodge, moving to Mary Williams Lodge, and ending at Adoniram Masonic Lodge and served as Worshipful Master at both Westwood and Adoniram.
He attended weekly meetings at numerous lodges, volunteered for many activities, and made life-long friendships. He was also a 32nd Degree Scottish Rite Mason.

The family would like to thank the Adoniram Masonic Lodge #288, Crystal Hill Baptist Church, Colonel Glenn Health and Rehab, Hospice Home Care, and the many doctors and nurses who helped take care of him through the years.

Joe,
Sending prayers and condolences to you and your family at this sad time.

Will miss him very much. Our condolences to the family, he was a great man.

Joe,
Sending prayers and condolences to you and your family at this sad time.

So sorry for you and your families loss. Prayers for all. 🙏🏻❤️

Our Heartfelt Sympathies to you my dear cousin Linda , Butchie and his family and to Joe and his family and all the others. May God give comfort, peace and uplifting in all your tomorrows.
As you always say Linda ...
"ONE DAY AT A TIME ".
With prayers and love, your cousins.
Marinda and Rick Holliman and our family... Kevin Holliman, and daughter Stephanie Holliman, Keith Holliman and daughter Victoria Holliman and Andrea (Holliman) Lafon and husband Jason Lafon and son Jaxon Lafon, and the Caleb Warren family (andreas son).

I'm so sorry to hear about Butch. He was an awesome man and always had a smile on his face. He had a big heart. I have so many memories. The one memory that comes to me is Butch taught me how to swim. My heart breaks for Linda and John "Butch" and Joe. We all grew up together in the neighborhood and we all were like family on the street we grew up on. I know he will be missed by so many. Sending prayers and comfort to the family.

Love you all!
Teresa Taber Swayze

So sorry for your loss. We love you all, and praying for you.

Mary Lou and BJ May

BJ and I send our deepest sympathy to the Harvey family in the loss of your loved one.

Butch was a sweetheart and will be missed by many. Praying for Linda and family to feel the peace, comfort and presence of our Lord.

So very sorry for

My deepest condolences to the family of my childhood friend.

My deepest condolences to the family of my childhood friend.

David & I send our Deepest Sympathies to Butch's family. We pray for God's peace & comfort to engulf you all.