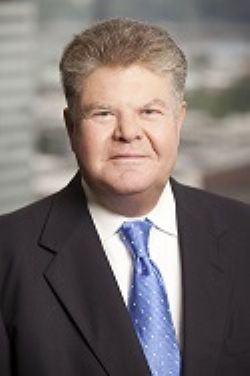 Donald Howard Henry died on the fifth of July, 2021 in Maumelle, Arkansas at the age of 75. Don was born in El Dorado and was the son of Dr. Howard Taliaferro Henry and Nancy McDonald Henry. The cause of death was complications from renal failure.

Don was educated in the Springdale public school system and attended the University of Arkansas at Fayetteville, where he graduated with a Bachelor of Science in 1967. After college, Don became a Captain in the United States Air Force where he served as a navigator on KC-135s in the Vietnam War. After his service, Don attend law school and graduated in 1975 from the University of Arkansas at Fayetteville. After passing the bar, Don joined the Little Rock law firm of House, Holmes and Jewell where he practiced for thirteen years. In 1988, Don transitioned to become in house legal counsel for First Commercial Bank, N.A., where he remained until it merged with Regions Bank in 1998. Don then became a partner at the Little Rock law firm of Mitchell Williams where he practiced law as a litigator for the rest of his career.

Don was a respected litigator, an avid supporter of continuing legal education and was a frequent speaker over the years on topics related to banking and bankruptcy. He was consistently named as one of the Best Lawyers in America and as a Mid-South Super Lawyer. He was a member of the Little Rock Rotary Club where he served as the Secretary of the Board of Directors. An avid golfer, Don could be found on the golf course at least two times per week. Don was a strong supporter of the state of Arkansas and took frequent trips with his children on the back roads to small towns to enjoy the beauty of the state.

A private family service will be held at a later date to be announced by the family.

I have so much respect for Don. Although I’ve only been around him a time or two, I believe he was the toughest guy I’ve ever met! Praying for the family. I love you all!

I had the privilege of meeting and working with Mr. Henry after coming to work at Mitchell Williams. He was always so very professional and so very kind. My deepest sympathy to his family in this loss.

My deepest sympathies. Candace do you and Hutton, Cathetine, and Elizabeth and your families and to your brother and his extended family my deepest sympathies.
He has enjoyed a life well-lived.
May he be dining with the angels and Rest In Peace.
Love, candice Mattocks

I am so very sorry to find this out. Prayers for comfort and peace for all of Don’s family.

After sale of 1st Commercial Bank, I was fortunate to work again with Don while at Superior Bank. I appreciated his expertise and wisdom in some trying circumstances or several years. While working in the business world for many years there are a few people who have left a a positive impact in my life, and Don Henry is one of the few. I trust he is in Heaven today. Thank you Don.

My heart hurts for you all. Don was a wonderful man. Always happy whenever I saw even when I knew he didn't feel well. Teague, you have been blessed to have such a wonderful man in your life for such a long time. I know it just wasn't long enough. Nick, I have no words that can express how sorry I am for you and John Martin. Logan has always told me how close you have always been to your father. Logan has always respected him the utmost. I am just so sorry.

So sorry to read of the death of my friend and former classmate. In this increasingly small world I came to work with Sarah. My thoughts and prayers are with the family in this difficult time.

Don was such a fun loving cousin. As kids, we spent lots of time in the summers together in Springdale and Smackover. I so fondly remember those times. Even though we hadn't gotten together in several years, getting together as adults was something I really looked forward to. Love you, Donnie.

My thoughts and prayers are with the family. I have so many fond memories of my cousin Don.