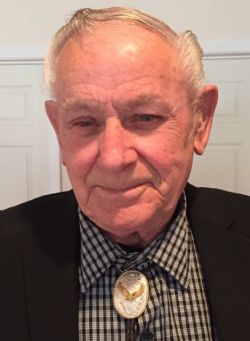 Jeff Bauerlein, 80 years old, passed away on Friday, February 26, 2021 at his home in Timbo, Arkansas. He was the loving husband of Shelby Bauerlein for 33 wonderful years of marriage.

Jeff was born on September 28, 1940 in Bandera, Texas to Henry Reed and Earlene Jacobs Bauerlein. As a boy, Jeff's family moved to Timbo where he was raised and graduated from Timbo High School in 1958. Following high school, Jeff worked in the Textile Industry for 50 years before permanently moving home. For the past eleven years, Jeff owned and operated EZ Trac Trailers with his son, Mark.

Jeff was a member of the Big Springs Missionary Baptist Church and had served as a 32nd degree Mason and later as a Shriner. He enjoyed mowing the lawn, riding his side-by-side with his dogs, Nellie and Ravon, and sitting on the front porch watching the animals. Jeff is fondly remembered for his tall tales and famous sayings: "Don't bug me, baby".

Deepest sympathy to all the family