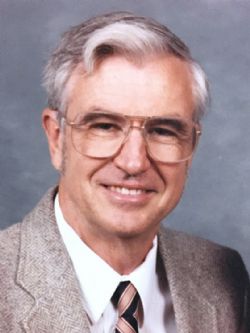 David was born November 14, 1934 in Bruno, Arkansas to the late Richard Albert and Ethel (Brown) Watts. He married Nelline Still September 23, 1954. A lifelong resident of the area he was a member of Pyatt Church of Christ. He was a cattle farmer, a drywaller, but first and foremost a servant of God and a family man. David spent his entire life spreading the gospel to many by both preaching in the pulpit and in everyday conversation even to the very end of his life. In his last days David's words to his family were ''God and family in everything you do.''

David was preceded in death by his parents; his brother, and his daughter Diana Young.

Graveside service will be 2:00 pm Wednesday February 24, 2021 at Still Cemetery.

I am so sorry for the loss of our loved one. He will be missed. We know that he is enjoying heaven.

We are so sorry to hear about the loss of Uncle David. He was a wonderful person and will be missed. I will always be thankful that he baptized me into the Church of Christ as a teenager. You are all in our prayers at this difficult time.

Even though I never met him, we shared a common bond in our family ties. Rest in peace and God bless our families.

There is a passage that reminds me of David. It is Proverbs 3:5-7: "Trust in the Lord with all your heart, and do not lean on your own understanding. In all your ways acknowledge Him, and He will make your paths straight. Do not be wise in your own eyes; fear the Lord and turn away from evil."

David lived by this proverb, and he taught his children to live by it. Because of them, I have been blessed for the past 43 years, since marrying into the family.

Thank you, David. God send us more devout men like David Watts. And give us more children like those he raised.