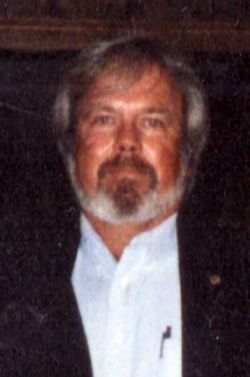 Richard Smith (Rick) went to be with our Lord February 2, 2021. Husband of 40 years to Sheri, father to sons Kenneth Smith of N. Little Rock, and Keith Smith of Pyatt. Step father to Ron Chen of Frederick, Md., Laura Lemanski of Greenbrier, Arkansas. Brother to David of Wisconsin and Norman of Tennessee. Grandfather to Kyrstin Smith, 10 step grandchildren and 1 step greatgrandchild.

Rick was predeceased by his parents, a sister, and his stepson John Chen. Rick was born in Washington, DC, graduated Wheaton High School class of 1967. Moved the family to Pyatt in 1984 where he worked for Bruno-Pyatt School, and built and ran the Phillips 66 Mart in Pyatt. He was with the Pyatt Fire Dept. He loved hunting arrowheads, and playing his Martin guitar wherever he could.

Instead of sending flowers, we ask that you do a random act of kindness or help an unfortunate soul (specifically children in need) in his name.

Graveside service for Richard will be 2:00 pm Saturday February 6, 2021 at Patton Cemetery near Pyatt, Arkansas.

I remember the first Martin guitar he bought and what beautiful music he made. He was loved and will be missed.

Will miss you dad

He was a good man he will be missed

RIP My friend you will be sadly missed