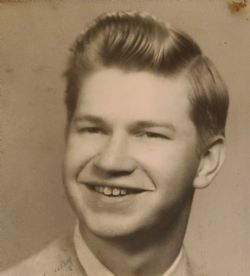 Roger was born August 18, 1937 in Danbury, Connecticut to the late Stanley Roger and Catherine (Woods) Betts. He graduated from Danbury High School in 1956. He married Nancy Lenore Whitlock September 29, 1959.

He was part of the Armed Forces of the United States in 1962. He went into the Academy to become a police officer, later becoming an officer for the town of Bethel, Connecticut where he worked his way up to the rank of Sergeant. In January of 1976 he was elected president of the Bethel police benevolent association.

Retiring from law enforcement in 1976, he moved his family to Arkansas were he raised pigs, and had many jobs in his life including working for the Bruno-Pyatt school, Kerr McGee down on the oil rigs in the gulf, and working as a welder at ranger boats for many years. For 15 years he had his own locksmith business called ''SOS Lock and Safe'', in Harrison Arkansas. He had a love of travelling, vacationing, and camping. During his retirement years, he enjoyed working in the yard, making pipes, and enjoyed doing research on the internet on all types of subjects. He will be dearly missed by all who knew him.

He was preceded in death by his wife Nancy Lenore Betts, and his sister Catherine Stillson.

Arrangements by Roller-Burns Funeral Home in Yellville are private at this time.

Scott, so sorry to hear of your fathers passing may Gods peace n love surround you n the rest of the family.

So sorry on the loss of uncle Rog. He was one of the Best .
Love Donna, Jeremy , Joshua, jordan and families

Condolences to the family.

He will be missed .He made a mean Sicilian lasagna.💙💙💙