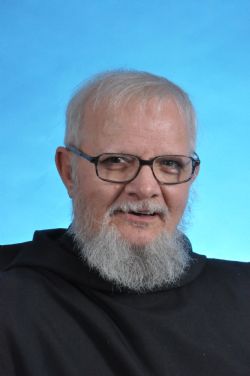 Arthur Glenn was born July 8, 1942, in Chicago, Illinois. Art was one of four children, three sons and one daughter born to Henry and Olga Biss Glenn. Art completed his elementary education at Maternity of the Blessed Virgin Mary School in Chicago. Thinking of a vocation to the priesthood, Art was accepted at Holy Cross Seminary in Notre Dame, Indiana, in September 1956. Art left the seminary after his sophomore year, then completed his secondary education at Immaculate Conception High School, in Elmhurst, Illinois, graduating with the Class of 1960.

During his early years, Art became interested in a career as a commercial photographer. Following high school graduation, he was employed by C-H Studio in Chicago and worked in the field of commercial photography at C-H from 1960 to 1969. During the 1960s, Art became highly conscientious with regard to the social issues of the decade, and actively participated in a variety of social justice causes and peaceful protest marches, attributing this to the influence of his strong and devout Catholic faith and growth in Christian spirituality. Art was particularly moved by the plight of neglected, abused, and disabled children of our society, which he often witnessed firsthand while he lived in Chicago.

From 1961-1970, Art Glenn attended Roosevelt University part-time and received a Bachelor of Arts Degree in Liberal Arts. He was then hired by the State of Illinois Department of Mental Health Services in 1970, where he spent the next 21 years as a mental health specialist,
working in direct care of mentally ill, disabled, and abused children. In his spare time, Art volunteered with the St. Vincent de Paul Society and in local hospitals that cared for children. In 1989 Art made a retreat at Subiaco Abbey and was deeply impressed by the lifestyle of the monks. In conferring with then Abbot Jerome on that occasion, Brother Maurus recollected:

"I told Abbot Jerome that when I arrived for the retreat, I had no pre-conceived notions whatsoever of becoming a monk. But as I continued the week-long retreat, I began to feel I belonged here, that Subiaco filled the 'something missing' in my life. When I began to dismiss the notion as 'retreat euphoria,' Abbot Jerome said that we should both keep an open mind."

Art Glenn was accepted as a candidate for the monastic life and entered Subiaco Abbey in September 1991. Art made his first profession of vows on February 10, 1993, receiving the name Maurus; and made his final profession of vows on September 8, 1996, at Santa Familia Monastery in Belize, Subiaco Abbey's mission priory where he was stationed at the time. During his early years at Subiaco, Brother Maurus served as groundskeeper, laundry assistant and manager, among other assigned household tasks during his candidacy and novitiate. Following first profession, Abbot Jerome assigned Brother Maurus to assist in the Abbey Business Office.

In early July 1993, Brother Maurus was sent for a month's visit to Santa Familia Monastery in Belize, and when that proved to be a positive experience, he was assigned to Santa Familia the following February. Br. Maurus immediately took on a number of different tasks with his characteristic zeal and skill for both organization and order. He edited the monastery's quarterly newsletter, Santa Familia Notes. He also helped with gardening, groundskeeping, housekeeping, the monastery guest house, and assisting at Mass and other liturgical ceremonies both at the monastery and in the neighboring village parishes. Brother Maurus also gave talks and one-day retreats at the monastery and neighboring parishes on religious life, vocations, and the Church's sacraments of initiation. In time, Brother Maurus was appointed by Father Prior Richard Walz as the monastery's Guestmaster in September 1996 and Formation Director in October 1997. In his spare time, Brother Maurus enjoyed reading and keeping up with current events in both the Church and secular society.

When it became clear that Subiaco Abbey could no longer sustain the mission priory of Santa Familia, Brother Maurus was recalled to Subiaco in the summer of 2002. He was assigned to teach Freshman Religion at Subiaco Academy, and then in June 2005 became the Abbey Refectorian, where he served with dedication until 2015. In his later years, Brother Maurus began suffering from depression and mood swings, and had to struggle to keep his equilibrium with the help of medication and counseling. It is a tribute to him that he was able to continue his service to the community during this time.

A vigil service will be held on Monday, Nov. 23 at 7 pm in the Abbey Church of St. Benedict. Funeral Mass and Christian Burial will be Tuesday, Nov. 24 at 10:30 am under the direction of Roller Funeral Home Paris. Services are closed due to the virus, but will be livestreamed with the link posted to the Subiaco Abbey website on Tuesday morning.
May he rest in peace. Abbot Leonard Wangler, OSB, and Community


May he rest in peace,

Br. Maurus was so kind and thoughtful, especially to my young children and to the children of other faculty members. He sincerely cared about their welfare and sought them out at school functions.