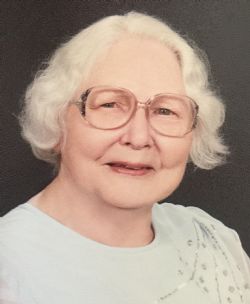 On Wednesday, October 28, 2020 Helon Juanita Green, loving mother, grandmother, great-grandmother, aunt, and friend passed away at the age of 99 in her home in Sandy, Utah of natural causes.

Helon was born on December 5, 1920 in Boydell, Arkansas to the late Frederick Austin Nicholas Yeager and Helon Elizabeth Williams Yeager (Raasch). She is preceded in death by her sons, Jan Cantrell and Paul Smelko. She is also preceded in death by beloved sister, Ruth Yeager Burrell and brother, William (Fred) Yeager.

She graduated from Portland Arkansas High School in 1939. After a short time at Draughon's School of Business in Arkansas she married Norton Houston Cantrell (Bugs)Jr. in 1940. At that time, they lived in McGhee, AR and had two boys, Houston (Fred) and Jan Cantrell.
Several years after Norton Cantrell's death Helon met Joseph Ambrose Smelko and they married in 1945. They resided in Punxsutawney, Pennsylvania where they had one son, Paul Glen Smelko. Upon her divorce to Joseph Smelko she moved back to Arkansas and years later met Hoyt Amory Rudolph (Rudy) Green. Helon and Rudy married in in 1960 where they resided in Texas, Georgia, and Arkansas. They had one daughter, Anita Green Murphy.

Helon enjoyed piano playing, needlework, knitting, and crocheting. For family weddings and births, she would crochet a beautiful afghan as a gift for the new family member. She hosted many family meals and will always be remembered for her delicious cakes and pies. One of her favorite pastimes was playing the old family game ''Pollyanna'' with Ruth, Fred, and uncle Grady. In recent years she always had a jigsaw puzzle of at least a 1000 pieces that she worked on every day. She was also an avid fan of the Arkansas Razorbacks, Dallas Cowboys and NASCAR.
She loved her family dearly and will be greatly missed.

We are complying with the Arkansas Department of Health guidelines and limiting indoor funeral and visitation attendance to 50 people at one time. All attendees must provide and wear their own masks before entering

The service will be lived streamed on Roller Chenal Funeral Home Facebook page.

Anita, our family is thinking of you at this time. Please know our loving thoughts embrace you and the family each and every day. Jack, Susan, and TJ