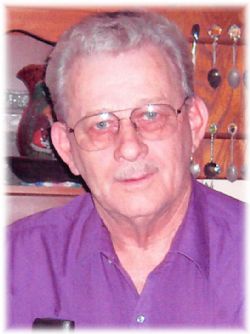 He was born February 7, 1940, in Oakland, California to the late Woodrow Wilson and Ethel Alice (Sitton) Cowart. Lonnie served in the United States Air Force during the Vietnam War. After his military service he worked as a truck driver for more than 48 years. In his spare time Lonnie enjoyed golfing, NASCAR and playing on baseball and bowling leagues. He was a member of The Bod Church in Roland, Oklahoma.

In addition to his parents he was preceded in death by a brother, Paul Cowart.

Graveside services will be held at 10:00 a.m., Saturday, September 12, 2020, at Baxley Cemetery in Paris. Burial will follow under the direction of Roller Funeral Home in Paris.

You will be missed. Prayers for all the family.

my uncle Lonnie was very special to all of us, he will be greatly missed.

we will miss you so much uncle Lonnie. Rest in peace. 💗 much love to all of the family from me and my family.