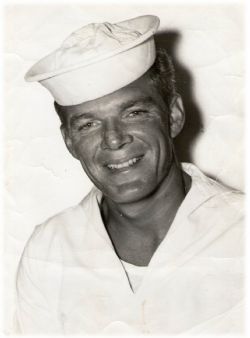 He was born September 10, 1940, in Madera, California to the late Paul and Ruby (Addkison) Perkins. Paul spent his working years as a laborer in the oil waste industry. He was of the Christian faith. In his spare time, he enjoyed antique cars.

In addition to his parent he was preceded in death by a daughter, Jennifer Vance; a step-son, John Laraby and two brothers, Danny Perkins and Richard Flurry.

Cremation arrangements are private under the direction of Booneville Funeral Service.

We only met Paul a handful of times, sometimes at his and Judy's place in Brawley, CA, where he and Judy made us feel welcome. We regret not having visited them in Booneville, AR. Although beset by the conditions that come with advancing age, Paul didn't miss much as he worked his way through them in his characteristically calm, unstoppable manner. He will be missed.

Judy, I am so sorry for your loss. Paul always had a smile and a hello every time I saw him . He will be missed. Prayers for you and all of his family.

Paul was a wonderful man! He was my Father-in-Law when I was married to John Larrabee. John thought the world of Paul. After John's death, Paul and I stayed in contact through the years and he would check on me from time to time. He was truly a wonderful sweet man. My prayers are with Judy and family during this hard time. During these crazy world times, I am very thankful he was at home, comfortable surrounded by love. The man with the most beautiful hair :)