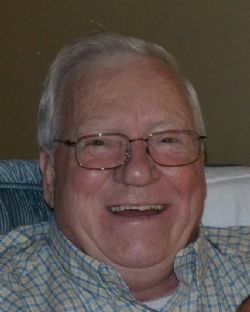 We rejoice in the fact that he is face to face with his Savior, and are grateful that his is no longer experiencing pain and suffering.

Richard was preceded in death by his parents; his loving wife, Anne Creekmore; and his two brothers, Alfred and Elbert Creekmore.

Richard was a longtime member of Grace Chapel Primitive Baptist Church where he enjoyed fellowshipping with the Saints of God. He served in the US Army for four years, and began his career as an over the road truck driver. He drove a truck many years and earned the affectionate nickname of ''Blockhead.'' During his retirement, he enjoyed spending time with his many friends, family and grandchildren that he loved dearly. We are thankful that he is now reunited with the love of his life, Anne.

Visitation will be held at Roller Family Funeral Home, 3651 Austin Peay, Memphis, TN, on Monday, February 17, 2020, from 11AM to 1PM, with a funeral service immediately following.

Interment will be at Crittenden Memorial Park, 2206 US-64, Marion, AR.

I am so saddened with the passing of my cousin, Richard. He was one of my favorites. Always had my back and the back of many others. I am happy though, that his suffering and fighting is over. RIP, Richard. Love, Kitty Sue.

Your HHS yearbook quote, "Speech is great, but silence is greater". Richard, your life of respect of others spoke volumes. Thanks for a lifetime of friendship. You are missed. Ping