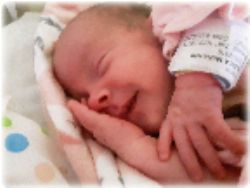 Paizley Ava Spencer-Martin earned her angel wings on December 28, 2019 in McCrory, Arkansas. Paizley lived most of her life at Baptist Health because she was born Prematurely on October 31st, 2019. She was survived by her parents, Isaiah and McKenzie (Beeson) Spencer-Martin. Paizley was a blessing to all who she touched. She brought joy in the midst of sorrow. She was a fighter and fought until the end. We will always remember her smile. She truly was an angel from God.

Memorial Service is under the direction of First Assembly of God in Bald Knob, 6:30 PM Monday, January 13, 2020

My prayers are with you and your family.