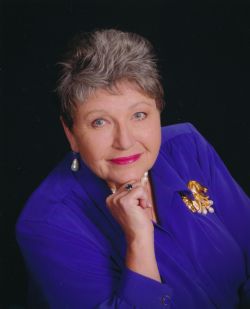 I am very much dismayed and saddened to learn of Sharon’s passing. She was part of my life for over 5 years and changed the course of my life. We moved to Chicago January 1982 and she left for Italy a year later. I have been in Chicago ever since and though I never ever imagined living more than half my life here it has been an extraordinary adventure.
I had not had any contact with Sharon for many years and felt impressed to do a search on her and learned this sad news.
My most sincere condolences to all her family.

May the choir of angels welcome you in Heaven dear Sharon .

So sorry for your loss. She was a great gift from God with her talent. May the Lord wrap his arms around you and give you comfort.

Thoughts and prayers to the family for comfort and guidance.

Sing on little bird, sing praises to your heavenly Father. The family will miss you, but we were blessed that He shared you with us with your gifts and talents of music.
Love Always

Dear Sharon! You will be so missed by thouse of us left behind. You were definitely a force of nature! It was always a fun time and a musical time being with you! We will watch out for Mr. Bill, don’t worry! I hope you are not too hard on the singers of the heavenly choir when you assume your position as their Maestra! We love you!

So sorry for your loss, Bill. Sharon was a truly gifted lady whose musical influence on her students and audience will proceed her for years to come.

Sorry to hear of Sharon's passing. I praise God for the blessings that he gave Sharon and I praise again for how she used them and passed them on.

I pray for God's peace for Bill, her family and all those who loved her.

Mr. Bill, Sam and I are so sorry for your loss.