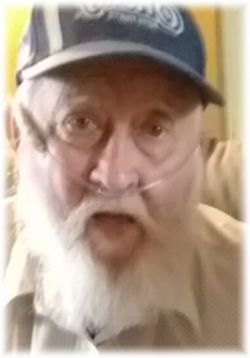 William Gibbs Sloan, Jr., 72 of Magazine, Arkansas passed away on Thursday, December 5, 2019 in Paris. He was born on July 15, 1947 in Blue Mountain, Arkansas to his parents, William Gibbs Sloan, Sr. and Naomi Virginia (Adams) Sloan. He was a retired carpenter and house painter who loved music, he could play many instruments but specialized in playing the banjo.

He is preceded in death by his parents, William Gibbs Sloan, Sr. and Naomi Virginia (Adams) Sloan and two brothers, John Sloan and Donald Sloan.

There will be a private memorial service held at a later date with burial of cremated remains in Blue Mountain Cemetery. Cremation arrangements are under the direction of Roller Funeral Home in Paris.

Aw! He was a really nice man. Thoughts and prayers being sent to family and friends. RIP