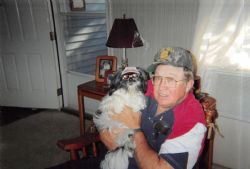 Wayne Reeves, 77, of Mountain View, Arkansas passed away on Sunday, September 22, 2019 at UAMS in Little Rock, Arkansas. Wayne was born on June 11, 1942 in Lunsford, Arkansas to the late Doyle and Bevie ( Hudspeth) Reeves. Wayne was a veteran of the United States Army and a member of the Lindsey Masonic Lodge #292 of Timbo, Arkansas. He worked for many years as a construction supervisor and will be greatly missed by all of his loving family and friends.

Wayne was preceded in death by his parents, Doyle and Bevie (Hudspeth) Reeves and one brother, Eugene Reeves.

Roller Citizens Funeral Home in West Memphis is in charge of the West Memphis, Arkansas arrangements and interment.