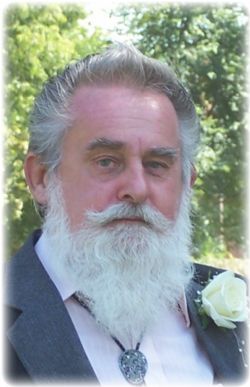 Carl Brian Vavruska, age 81, of Yellville, Arkansas passed away Thursday September 5, 2019 in Flippin, Arkansas.
Carl was born May 7, 1938 in Berwyn, Illinois to the late Joseph and Rose Vavruska. He was a United States Army veteran of Vietnam. Carl spent the majority of his life in Lemont, IL and several years in Marseilles, IL, before fulfilling a long time wish to move to the South where he and his wife, Mary, purchased a beautiful home nestled in the Ozarks. Carl worked hard his whole life, but he also played hard, living life to the fullest. He was a proud member of the International Union of Operating Engineers, Local 150. As the result of his years of hard work he was able to retire early at age 58. In addition to operating heavy equipment for years, he was also a skilled builder and carpenter. He built several homes (including his long-time residence on Custer St.) in his home town of Lemont. He also built a fabulous ''gazebo'' at his Marseilles home and many other smaller projects. Everything he built was made to last and will remain for years to come. Carl enjoyed snowmobiling, motorcycling, (especially loved Harley-Davidsons), cool cars, nature and being outdoors, cooking, music and his dogs. Carl always had nice vehicles and took pride in keeping them clean and shiny. Carl was a truly great cook. His specialties included baked ham, chili, excellent spaghetti sauce and clam chowder. He and Mary liked to travel. They took a month long motorcycle vacation in 2003 and rode to the west coast, experiencing Yellowstone, Glacier National Park, Idaho, the Columbia River and riding the whole Oregon coastline. Other travels included several trips to Maine, Smokey Mountain National Park, Sturgis Motorcycle rally and multiple short trips to see concerts or just a weekend getaway. Carl had a heart as big as the outdoors. He was always ready to lend a hand and would give the shirt off his back. He will be missed by all who knew him.
Mr. Vavruska is survived by his wife, Mary of the home; his daughter Kari Roskopf of Lemont, Illinois; his granddaughter Dylon Roskopf who he adored; his former son-in-law, Bob Roskopf, who was like the son he never had; and his beloved doggie children Pogo and Mia.
He was preceded in death by his parents; two brothers: Joe Vavruska, and David Vavruska; and his dogs Zoe and Woody.
A Celebration of Life will be held by the family at a later date.
Memorials may be made to Have a Heart Pet Shelter, PO Box 1030, Yellville, AR 72687

Arrangements are by Roller-Burns Funeral Home

MARY,
My deepest sympathy in the loss of Carl, and also Zoey, didn’t know you had to have her put down til I read Carl’s obit
I know you ei miss Carl deeply

Dear Cousin,
I am very sorry for your loss! I too have experienced the loss of my spouse!
I pray that you will be comforted by the many lovely memories that you and Carl shared!
I can see by reading the obituary, that Carl was a vibrant man, who enjoyed life to the fullest!
Please know that you are in my thoughts and prayers!
Cousin Shirley

Mary, my heart goes out to you. I hope you can find comfort in the wonderful memories you have. Hugs to you.