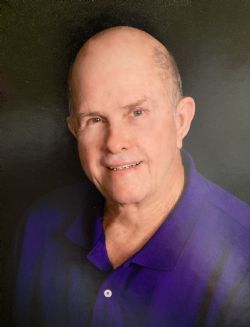 David Lee Lytle Sr., 82, passed away on February 14, 2019 at his home surrounded by family. David was born on September 28, 1936 in Memphis, Tennessee to Katherine Kay Lytle and William Monroe Lytle.

After graduation from Tech High School, he served two years in the Army before returning to Memphis to serve thirty years on the Memphis Fire Department.

The family would like to thank Methodist Alliance Hospice for such fabulous care, especially Linda Myers, David's Nurse, A special than you also to Pearline Barber, David's personal CNA.
Visitation will be from 1:00 PM until service time at 2:00 PM on Monday, February, 18, 2019 at Advent Presbyterian Church 1879 N. Germantown Parkway, Cordova, Tennessee. Burial will be at a later date at West Tennessee Veterans Cemetery.

Memorials may be made to Advent Presbyterian Church 1879 N. Germantown Parkway, Cordova, Tennessee 38016.

Miss Sally and family I am so sorry for your loss. Sending prayers that God will comfort you during this difficult time. With heartfelt sympathy, Bonnie Garza