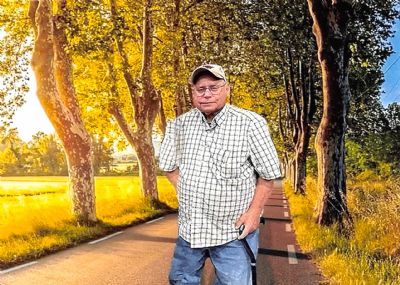 Harvey Ray Adams passed away on November 23, 2022 at Mercy Hospital in Springfield, MO. He was born February 19, 1943 in Durango, CO to the late Bill and Betty Adams. At 17, he enlisted in the United States Navy and served for seven years as a member of the Pacific Fleet. He did two combat tours of duty in Vietnam as part of the "Brown Water Navy" patrolling the Mekong River. After leaving the Navy, he relocated to Mountain Home and soon began work at then Baxter General Hospital as an orderly. In 1971 he became an LPN and later was one of the first members of the hospital's Emergency Room staff. He worked in the Emergency Room until his retirement from BRMC in 2005. It was at the hospital he met his future wife, LaVenda Chapman and the two were married on July 12, 1969. Harvey continued his military career as a member of the Arkansas Army National Guard's 224th Maintenance Company and retired at the rank of Staff Sgt in 1986. He was a member of the Norfork Church of Christ.
He is preceded in death by his parents; father and mother-in-laws, Oscar and Lena (Parnell) Chapman and brothers-in-law, Duane Chapman, Dale Chapman and Walter Reed, Jr. Survivors include his wife, LaVenda; their five children and their families: Steven, Zachary, Nathaniel and Zoey Adams of Woodridge, IL; Christene, Brian, Alicia and Emily Doyle of Bergman; Stephanie Adams of Fayetteville; Crystal, Dan, Chase and Olivia Dowdy of Farmington; Mary and Glen Haggard of Lincoln, NE; his nine siblings, locally Billie Reed of Flippin; brothers in law, Gary and Dennis Chapman of Lone Rock and a number of nieces and nephews.
Funeral services will be held Wednesday, November 30 at 10am at the Norfork Church of Christ. There will be no visitation. In lieu of flowers, donations may be made to Paragould Children's Home by mail, 5515 Walcott Road, Paragould AR 72450, or through their website, www.childrenshomes.org/donate.
Arrangements are under the care of Roller Funeral Home. Please visit our online guestbook at rollerfuneralhomes.com