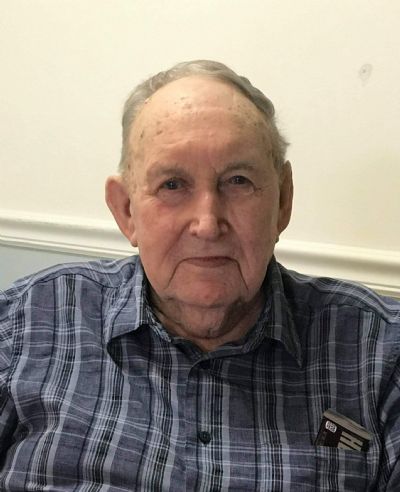 Loy Otto Standridge, 93, of Scotland, Arkansas died November 23, 2022. He was born August 31, 1929 in Moore, Arkansas to Doctor Bettis "Doc" and Maggie Elizabeth (McClain) Standridge. He was a veteran of the Korean War where he served as a medic in the Army's 350th Infantry Regiment.

On December 18, 1954, in Hector, Arkansas, he married the love of his life, Vera Lorene Bowden. They lived in Scotland, Arkansas taking care each other, their kids and grandkids. Loy liked to joke around and play pranks on people he knew well. He was a very loving and caring man.

Loy is preceded in death by his parents; two brothers; one sister; his wife, Vera and two daughters, Joy Marie Standridge and Alma Elizabeth Treece. Today he is rejoicing with them in the presence of his Lord and Savior.

Left to cherish the memories they have made, are his son, Vernon Standridge of Marshall, Arkansas; two grandchildren, Gary (Stephanie) Treece of Clinton, Arkansas and Renea (Vance) Severns of Shirley, Arkansas; four great grandchildren, Holly (Jose) Herandez, Tanner (Mersady) Jones, Serena (Mason) Addison and Emily Treece, as well as many other family and friends. He will be missed by many and loved by all that knew him.

Visitation is scheduled for Friday, November 25, 2022 from 1:00pm - 2:00pm with the funeral following at 2:00pm. Interment will be at Foster Cemetery in Scotland, Arkansas.