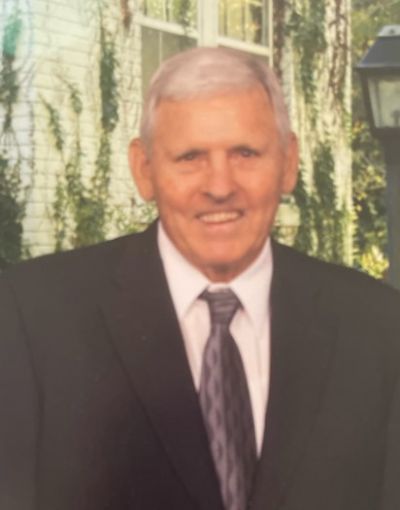 Mr. Raymond Pangle, 80, of Mountain Home, Arkansas passed away on Wednesday, September 21, 2022, at Mercy Hospital in Springfield, Missouri surrounded by family and loved ones. He was born December 8, 1941, in Flippin, Arkansas to James Hearl and Ethel (Godsey) Pangle. Raymond was a member of the Flippin Bobcat basketball team and graduated in 1960. He is a veteran of the US Navy and served from 1960 to 1964 on the USS Midway. Raymond was a member of the Yellville Masonic Lodge #117 from 1964 until present. He began working for the Missouri Pacific Railroad, later Union Pacific, in 1969, as an engineer, until his retirement.
Ray had many hobbies and loved sports. One of his earliest favorites was racing motorcycles. He and Lois, his wife of 57 years, spent many Sunday nights in the emergency room but she decided she would throw in the towel after they hit a dog on Push Mountain Road. He continued to race after that, but she never rode behind him again. His favorite hobby ever, though, was golf. Every week he looked forward to Thursday night league with his friends. He even served as President of the Twin Lakes Golf Association and helped build the bathroom on the back nine of the Twin Lakes Golf Course.
Ray is survived by his wife Lois Kay Bradley Pangle; daughter: Krystal Pangle Hamm; son Raymond Pangle II, and three grandchildren: Ashton Michelle Hamm Meler, Jakob Neuland Hamm, and Tristen Jolie Pangle. Raymond was proceeded in death by his parents, two brothers: Doren Kay Pangle and Bobby Clarence Pangle, and sister: Mary Lou Pangle Huff.
Visitation will be Friday October 7, from 6-8 PM.
Funeral Service will be Saturday October 8 at 2 PM.
Burial will follow in Mountain Home Cemetery in Mountain Home.