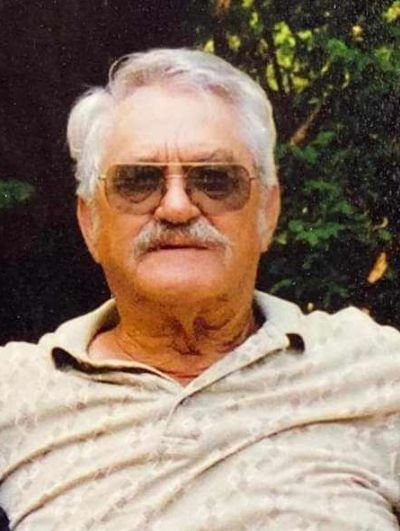 Bobby James Billings of England, was born in Yell County, January 17, 1933 and traded his cape for wings on August 16, 2022. He was a beloved husband, father and gramps. He served his country in the Air Force for 20 years and was a Postal Carrier for 28 years. He was an avid golfer and got a hole in one at England Country Club, but had to hang up his clubs due to a back injury. He loved to fish and hunt and enjoyed many seasons at El Dorado with his twin brothe,r Bill and son, Jeff and his nephews. He was a strong loving father and Gramps and loved his family fiercely in his quiet way. He had a way with words and said his mind with no filter and was loved for it. He had always been a moral man, but at 89 years old he told his granddaughter that he needed to go to church to make sure he was right with God so he could see his wife and daughter again. He began to attend church with his granddaughter, Tegan and her husband, Joe and made a profession of faith and joined Southside Baptist Church. His trusty friend, Bella, never left his side and they were the best of friends.
He is predeceased by his wife, Barbara Billings; daughter, Pamela Lafferty; his brother, Floyd; twin brother, Bill; sisters, Maxine, Hazel and Martha Lou and his parents, Alice and Jim David Billings.
He is survived by his son, Jeff Billings of England who was his best friend and caretaker; his granddaughters, Tegan Green (Joe) of England, Casey Billings (Michael) of Bella Vista, Jennifer Pelton (Caleb) of Ward, Judy Cates White (Johnny) of England; his grandson, Arrion Ford (Laura) of Lone Tree, Iowa and many of his granddaughter Tegan's friends, who loved hearing about and seeing pictures of Gramps. He was dearly loved and will be missed beyond words.
Funeral services will be Friday, August 19, 2022 at 3:00 P. M. at Roller England Funeral Home, (501) 842-3939. Bro. Robert Alberson will be officiating. Visitation will be one hour prior to the service at 2:00 P. M.
In lieu of flowers, please make donations in his name to the Wounded Warrior Project, P. O. Box 758516, Topeka, Kansas, 66675-8516.