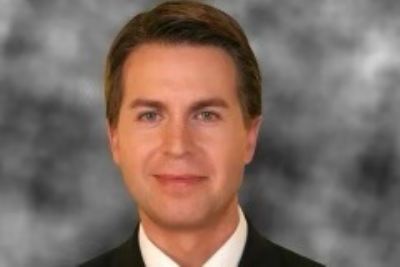 Jeremiah "Jeremy" Todd Bueker went to be with the Lord on Saturday, August 6th, 2022. Jeremy was born in Stuttgart on October 29th, 1973 to Chris Bueker and the late Danni Jo Newton Bueker.

Jeremy was born and raised in Stuttgart, where he was a Stuttgart Ricebird football player, from junior high until he graduated in 1992. Following high school, he continued his education at UAPB, graduating with a bachelor's degree in physical education. Jeremy continued his education at ULAR William H Bowen School of Law, graduating in January 2001. He was certified to the US Court of Appeals in 2005, top 100 litigation lawyers from the American Society of Legal Advocates in 2017, 2018 Lawyers of Distinction Award for Excellence in Bankruptcy Law ands 2019 best attorney for the city of Stuttgart.

Jeremy met Sunny and took on the responsibility of her two children, Sydney (1) and Libby (4) in 1997. Jeremy decided to go to law school and while being a full time student he did yard work in order to provide for his family. Soon came Taylor and Rhett.

Jeremy has practiced Bankruptcy Law for twenty years and in 2016 opened his own practice with his wife, Sunny and paralegal, Tiffany Krissel. In 2012, he was elected the Northern District Judge of Arkansas County and has served from 2013 to the time of his death. Jeremy was a soft spoken, diligent, fair judge and lawyer. He treated everyone as if they were his own family.

Outside of working and being a husband, father, son and brother, Jeremy loved to hunt, fish, spend time at the sandbars of the Arkansas river, but most of all he loved being with his family watching the Arkansas RAZORBACKS. Jeremy was a believer of God and of the Lutheran faith.

The best word to describe Jeremy was "provider". Jeremy not only provided for his family, but the entire community. He was the buttermilk that kneaded the flour to come together. If Jeremy wasn't at his established bankruptcy law firm or acting as judge for the Northern District of Arkansas County, he was spending time at home with Sunny in their backyard along with Kirk, Jennifer, Bryan, Leslie, children, grandchildren, friends and family.

Funeral services have been entrusted to Roller-England Funeral Home of England, Arkansas. A memorial service will be held on Friday, August 12th at 10 am at the First Baptist Church, 2115 S. Prairie St. in Stuttgart, Arkansas, 72160.

The family asked that donations be made to the memorial of your choice.