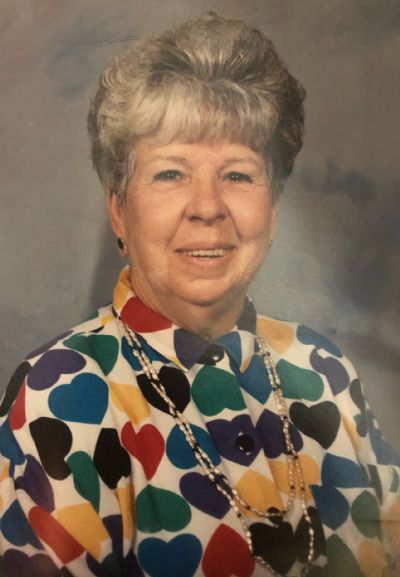 Charity Hope Alexander peacefully entered her heavenly home on Thursday August 4, 2022 at the age of 94. She was born October 28, 1927 in England, Arkansas to her parents Henry and Della Davis.

Charity was known as momma and Grandma to so many and loved by them all. She was a homemaker and a member of the Victory Worship Center in Beebe, Arkansas.

Left to cherish her memory is her brother, Charles (Vicky) Davis; seven children, Sammy (Mary) Hopkins or Ward, Donna Allen of Cabot, Patricia (Leo) Turner of Beebe, Matti (WC) Folsom of Beebe, Ricky (Reba) Hopkins of Cabot, James Hopkins of Jacksonville and Randy Alexander of Missouri. Grandma will be missed be missed all 151 of her grandchildren, great-grandchildren and great great-grandchildren. Genesis 9:7 says "As for you, be fruitful and increase in number; multiply on earth and increase upon it." and she did. She also leaves many nieces and nephews along with other extended family members and many friends.

Visitation and funeral services will take place in the Victory Worship Center in Beebe on Monday August 8, 2022, with the Visitation beginning at 10:00 AM and the Service at 12:00 Noon. Interment will follow at the Sumner Cemetery in Cabot, Arkansas. All services are under the direction of Roller-Daniel Funeral Home of Searcy.