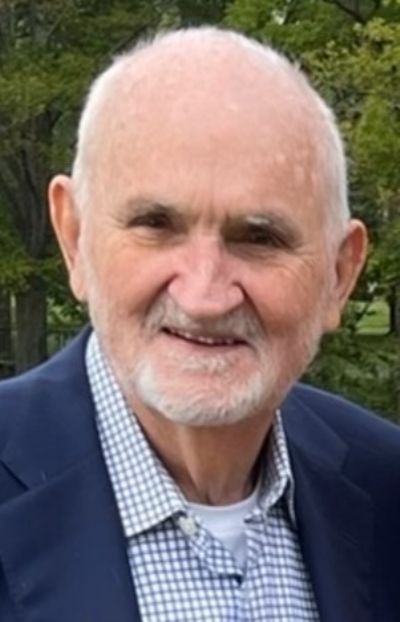 Eddie Ray Reddick, born the son of Hulon Reddick and Nadine Bishop Reddick, June 24, 1945,died on August 3, 2022. Ed was raised in Rector, Arkansas where he graduated from high school and met the love of his life, Jacqulene Shuemake Reddick. Jacqulene and Ed were married in 1964. Ed is predeceased by both of his beloved parents, as well as countless good dogs, who always seemed to like him more than the rest of us. He is survived by his wife of 57 years, Jacqulene; son, Brian (Tiffany); three grandchildren, Connor, Grace, Sarah Reddick and countless friends and family.

After graduating from Ouachita Baptist University, Ed took a job teaching middle school science in Tupelo, MS. After starting his family in Tupelo, Ed ultimately found his way back to Northeast Arkansas, where he lived and raised his son and excelled at medical sales. Later, he and Jacqulene moved to Little Rock to be closer to their grandchildren, where they attended countless dance recitals, sporting events, graduations, grandparents' days and other related activities. Eddie/Ed/Butch/Pop was present and active in all of our lives in many different ways. Moreover, his random acts of kindness for military families, underprivileged children or the local homeless population, mostly went unnoticed and unrecognized, per his request.

Many men measure success in terms of monetary wealth. Ed measured his wealth in the relationships that he built, the friends that he made and the laughter that he created in those around him. Whether he was running marathons, fishing, hunting ducks, reading, attending Razorback sporting events or taking trips to the lake or 30A, Ed enjoyed life to the fullest and enriched all of those around him. His support to his family and friends was unwavering and nothing was as important to Ed than family time.

A Visitation and Memorial service will be held on Monday, August 8, 2022 at Trinity United Methodist Church, 1101 North Mississippi, Little Rock. Visitation begins at 1:00 pm followed by the service at 2:00 pm.

In lieu of flowers, contributions can be made to St. Jude Children's Research Hospital, Memphis, Out of the Woods Animal Rescue of Arkansas, or Trinity United Methodist Church.