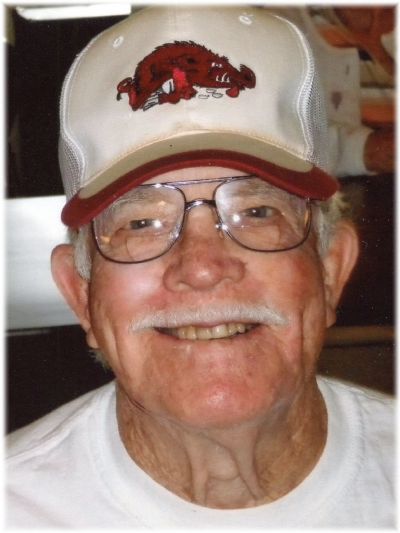 He was born October 25, 1926 in Bennington, Oklahoma to the late Charlie and Virgie Lee (Campbell) Hardgrave. Carlton was a 1945 graduate of Paris High School where he was part of the state champion football team. Carlton was a veteran of World War II, serving in both the United States Army and Navy, after graduating high school. He was a paratrooper with the United States Army before transferring to the United States Navy. After his military service, Carlton spent his working years as an OS&D Clerk with PMT Trucking for 30 years in California. He was a member of the First Baptist Church in Paris. While serving in the Armed Forces, Carlton began a love for boxing, which would last throughout his lifetime. He was the Guam champion in boxing while in the Navy, then later won several titles in Arkansas. As Carlton's time as a boxer closed, he turned to coaching young men the sport through the Paris Boys and Girls Club, where he continued coaching into his 90's. Along with boxing, he was also an avid Paris Eagles and Arkansas Razorbacks fan and enjoyed keeping his home and property in pristine condition.

The funeral service will be held at 10:00 a.m. Tuesday, August 9, 2022 at the First Baptist Church in Paris with Rev. Harlin Brewton officiating. Burial with military honors, provided by the United States Navy, will follow in Corley Cemetery near Paris.

Memorials may be made to the Paris Boys and Girls Club. Donations can be taken to the First National Bank of Paris.