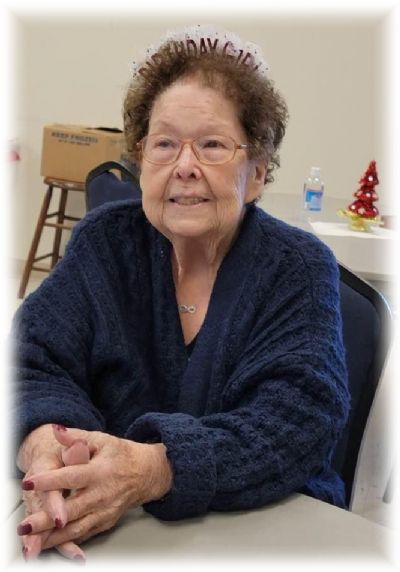 Erma Sue Brown, 90, of Paris, Arkansas passed away on Thursday, June 30, 2022 in Havana, Arkansas with her family by her side. She was born on December 6, 1931 in Paris to her parents, Vester and Duffie (Ming) Frost.

Funeral service will be held at 10:00 a.m., on Tuesday, July 5, 2022 at Roller Funeral Home Chapel officiated by Rev. Darrell Frost and Rev. Thomas McCoy. Burial will follow in McVay Cemetery under the direction of Roller Funeral Home.

Honorary pallbearer will be Robert Cassity.