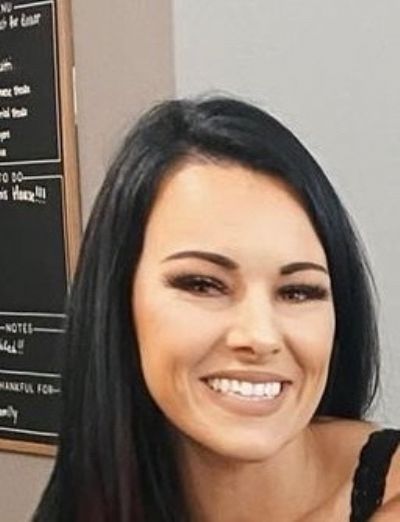 Haley Gabrielle Doughty came into this world 12/17/1990 fighting to survive. Against all odds, she was blessed with 31 & 1/2 years of life on this earth and left here to be in the presence of her Lord and Savior, Jesus Christ on June 17, 2022. Haley survived 4 open heart surgeries in her young life and fought a fierce battle with her 5th open heart surgery until the very end when God called her home.

She is survived by her three children; stepson, Karson, daughter, Anniston and son, Austin Chilcutt; her mother and stepdad, Yvonne (Tony) Morris and grandparents, Larry and Earlene Tyler and her uncles, Scott Tyler, Doug Tyler, Nick Risner and Clayton Risner. Haley also is survived by sisters, Courtney (Kris) McCormick; her best friend for 29 years, Alyssa Doughty and brother, Colin (Eli) Doughty, were Haley's first babies. Haley was LeLe to surviving nieces, Haven, Victoria and nephews, Benjamin, Fletcher, Issac and Kristopher. She was full of life and lived it to the fullest. Her children were her world.

Haley was known for her generosity and always fought for and helped the underdog. She loved the outdoors and enjoyed frequent excursions in nature and adventures with her babies and nieces and nephews. All the siblings grew up a tight bunch. Like most everyone, they would turn on a dime from an argument or slap fight, to defend one another fiercely. She was their second mother. She loved animals and took on many a stray dog knowing she could sweet-talk a sibling or her Paw-Paw to care for them if she could not. She was always more concerned for others and what they needed above her own needs. A prime example of her caring was with her Maw-Maw and Paw-Paw.

Haley was found at her grandparents often. Taking her babies to visit, dropping by with a shopping list, being hairdresser, manicurist and makeup artist to her Maw-Maw. Her Paw-Paw was her Knight in shining armor. Her mother was her role model, she always said she strived to be the kind of mother she had and it showed in the way she cared for everyone above herself. Haley will forever be missed. She has left a hole, an empty space in our hearts that can never be filled. Haley suffered so much her last months of life and she is no longer suffering. She is resting safe in our Lord's arms with all her family that has gone before her. We long for the day we will be reunited with our girl.