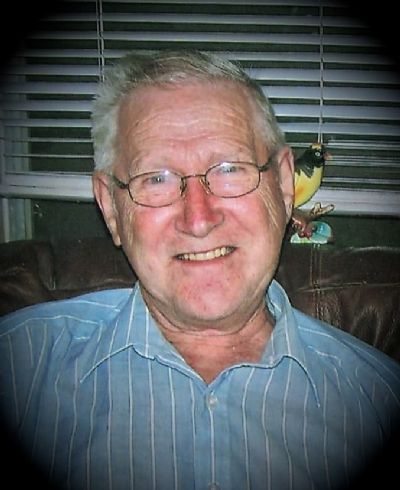 Anton "Tony" George Knittig, age 87, of Marshall, Arkansas passed from this life on Monday, June 20th, 2022 at Highland Court in Marshall, Arkansas. He was born on October 5th, 1934 on the family farm in Anaheim, Saskatchewan, Canada to Anton Knittig and Josephine Odermatt Knittig.

Following his marriage to Betty Kiedrowski, they moved to Moose Jaw, SK. To this union were born five children, Lamont, Sharon, Wendy, Tim and Lyle. Tony worked at CP Rail, Royston Laboratories with Pittsburg Paints and was invited to join the company in the USA but declined. His input was crucial in the design of many of the long lasting Rail-Car paints that were developed at that time. He then took on work with Crown Lumber until retirement in Saskatchewan. He enjoyed a bowling league and belonged to the Canadian Order of Foresters. Tony always took on added jobs to make ends meet. He was a jack of all trades. Our Dad could do anything! He was a great provider and a loving father, who took pride in his children and grandchildren. He had a restless spirit, always striving to do more. Tony remarried Sandra Quartermain and had two children, Kimberly and Matthew. They lived for a time in St. Stephen, New Brunswick, but his heart was always in Morrison's Bluff, Arkansas where his father was born. He and Sandra purchased land in Marshall, Arkansas and resided there for a time together. Tony remarried a third time to Eva Jo Cates and settled in Marshall, where Eva led him to God. He adopted in his heart, Eva's four adult children, Steven, Patti, Daniel, Craig and their families. Tony was always a very hard worker and strived to do things right! He loved the simple life that the Ozark Mountains provided. He battled Hodgkin's cancer in his 60's and won. He fought through his problematic mitral valve, aneurysm and four blocked arteries about 8 years ago, and Eva and Barb stayed by his side throughout the recovery period. Tony was felling trees the day of his stroke, which was his final battle. He suffered a full year from the results of this event and has finally found peace in the arms of Jesus and his beloved Eva, who passed away in February of 2022.

The children of Tony Knittig wish to express unending gratitude to Barbara and Daniel Cates. Dan and Barb have taken care of Dad over the past year, during and since his stroke. Barbara spent endless nights with Dad, advocating for him this past year and insuring his physical and spiritual comfort on his death bed. We also thank the staff who cared for Dad during his stay at Highland Court in Marshall. In lieu of flowers, donations may be made to Baptist Children's Home, 354 West Street, Suite 1, Valparaiso, IN 46383 or Make a Wish Foundation of Canada, 350-1101 Kingston Road, Pickering, ON L1V 9Z0.

Graveside services for Tony will be 10:00 AM Friday, June 24th, 2022 at Bear Creek Cemetery near Marshall, Arkansas with Bro. John Eslinger officiating. Friends and family will serve as bearers. Burial will follow the graveside service.