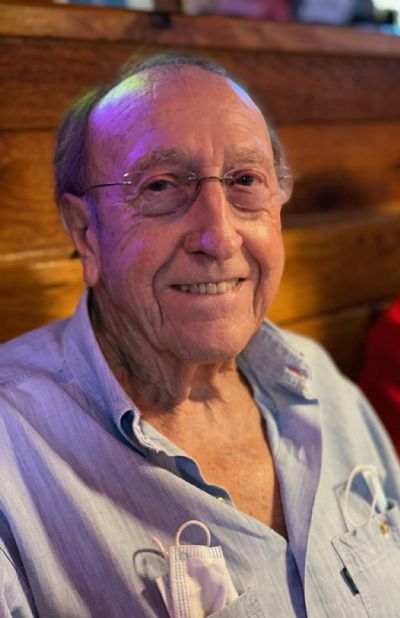 Delton Roger Wooten, age 83 of Searcy, Arkansas entered his heavenly home on Thursday, May 19, 2022 at Unity White County Hospital in Searcy. He was born in Sidon, Arkansas on January 3, 1939 to Milligan S. Wooten and Bessie Wilson Wooten. He was an automobile dealer and a deacon of the First Baptist Church Sugarloaf. He is survived by the love of his life, his beloved wife of sixty-two years, Wanda Wooten; his son, Todd Wooten and wife Laura of Little Rock; grandchildren, Alex White of Conway and Grace White of Little Rock; two sisters, Charlene Allison of Searcy; Odean Fuller and husband Jimmy of Searcy. He is preceded in death by his parents, Milligan S. Wooten and Bessie Wilson Wooten; brother, Richard Wooten; and sisters Retha Rhodes, Wanda Kelly and many other relatives and friends.

A veteran of the U.S. Army and Army National Guard, he was engaged in duty at the Little Rock Central High School crisis.

In 1974, he founded R&T Motors in Searcy. He incorporated Roger Wooten Auto Sales in 1990. In 1996 through 2001, he served on the President's Advisory Board for U-Save Auto Rental of America. He operated as U-Save Rental of America's automobile buyer for Arkansas, Tennessee, Mississippi, Alabama, Texas, Louisiana and Missouri. He was recognized by U-Save Auto Rental as its Regional Franchise of the Year and earned the U-Save Bronze Fleet Award on three consecutive years. He was a Penske Truck Dealer. His peers elected him the Region 10 President of the Arkansas Independent Dealers Association.

Wooten was a graduate of Searcy High School where he played basketball. He was an avid fisherman and Arkansas Razorbacks fan.

He loved his wife and son dearly and was a wonderful father. He will be sorely missed by his family for whom he was their rock.

The family extends its special appreciation to Roger's nephew and close friend, Danny Ray Rhoads for his love, care and support. The family thanks and recognizes Thomas M. Kovaleski, M.D. for his many years of excellent care of Roger.

A celebration of Roger's life will begin at 2 p.m. on Friday, May 27, 2022 at Roller Daniel Funeral Home in Searcy, Arkansas with Rev. Danny Brown officiating. A visitation at the same location will begin at 1 p.m. Interment will follow at White County Memorial Gardens in Searcy. Flowers and plants are appreciated as Wanda is a lover of floral; or a donation in his memory to First Baptist Church Sugarloaf, 557 Highway 337, Higden, Arkansas 72067.