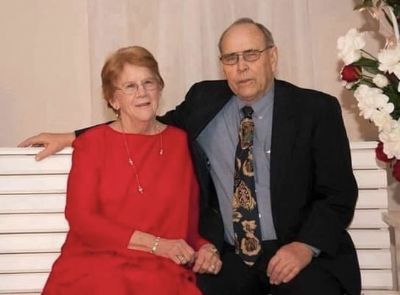 Billy Wayne McChesney passed away peacefully in his sleep in Bryant, Arkansas on May 14, 2022, surrounded by his family as he went to be with his Heavenly Father. Billy was born January 15, 1942, in Harmony Grove, Arkansas to Luke and Trevah McChesney. Billy loved spending time with his family, his grandchildren and great-grandchildren.

Billy Graduated from Harmony Grove High School in 1960. He worked at Colvert's Dairy for three years before moving to El Dorado, working for Ouachita Valley Dairy for 16 more years. The end of his working life led him to being employed by Sears for 11 years until his retirement in 1991. Billy married Sharon Kaye Martin on September 1, 1961, in Lawton, Oklahoma at Calvary Baptist Church and were happily married as each other's lifelong companions for 61 years. They were blessed with two children, Kevin and Karen.

He was preceded in death by his parents.

Billy was an avid reader and active member of Geyer Springs First Baptist Church. Other hobbies of Billy's were gardening, wood working, and forever adding new updates to his home in Bryant, Arkansas. Billy will be remembered for his laughter, making jokes, pranks on his wife and family, traveling, playing games, recording important moments, taking pictures, and having fun with his children and grandchildren. His laughter was infectious and was known as the epitome of unconditional love for his family and friends. His spirit strengthened everyone around him, and to him, no one was ever a stranger. He was beloved by so many and had the sweetest soul. He will be greatly missed by all those who knew and loved him.