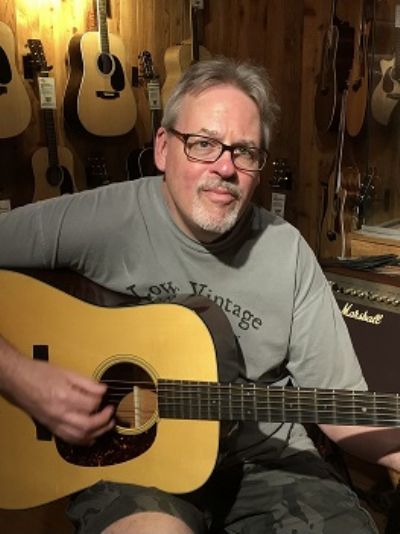 Howard Ladd Carrithers of Little Rock passed away on May 10, 2022, in a motorcycle accident. He was born October 24, 1959, in Denton, Texas, to the late Milburn Lowell Carrithers and Barbara Ann Carrithers. In addition to his mother, Howard is survived by his wife Rachel Carrithers of Little Rock, his sister Cheryl Moore (husband Todd) of Little Rock and many nieces and nephews. A celebration of Howard's life will be held Saturday, May 21, at 10 a.m. in the chapel at Roller Chenal Funeral Home.

In lieu of flowers, memorials may be made to the Cosmopolitan Foundation, P.O. Box 7426, Little Rock AR 72217.

As a youth Howard was a member of the Boy Scouts of America and the Order of the Arrow. He played the bells at St. James United Methodist Church and sang in the choir. Howard graduated from Little Rock Parkview High School and began his interest in the printing field when working at UALR's print shop while a student there. He attended one semester of college and then moved to Dallas, Texas where he pursued a career in the printing industry. First learning the trade and then becoming a salesman traveling across the country and abroad. Howard was well-known and respected by his customers.

Howard was a man of a wide array of interests from riding his motorcycle (Petit Jean was a favorite destination), playing his guitar and target shooting with both shotguns and rifles. Reading was also a favorite pastime, particularly about philosophy and religion. He loved his dog, Molly. Howard was also an avid sports fan, rooting especially for the Dallas Cowboys and the Arkansas Razorbacks.

Howard was 35-years sober and a member of Alcoholics Anonymous. He helped many others on the road to recovery before joining that big AA meeting in the sky.