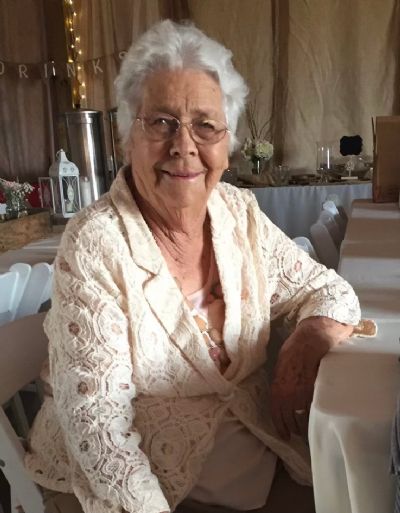 She was born January 5, 1932 in Concord, Arkansas to Theodore Allender and Panzie Eddings Allender.

Earmie was a member of Ben Church of Christ. She was a homemaker, gardner, farmer and was very proud of her family. Her home was filled from wall to wall with family photos. Earmie was an avid hunter and loved the outdoors; her turkey and deer mounts were envied by everyone who entered her home. She also loved to watch the birds, deer, coons, rabbits, and squirrels while they enjoyed the feed she always had out for them. May 13th is a significant date for Mrs. Earmie as it was her wedding anniversary, one of her son's birthday, as well as her death date where she was reunited with her husband, Earl, on their 72nd wedding anniversary and their son, Rickey.

Visitation will be held from 9:00-10:00 am Monday at the Ben Church of Christ just prior to service.

Funeral services will begin at 10:00 am Monday, May 16, 2022 at Ben Church of Christ with Jackie Prince and Lynn Smith officiating. Burial will follow at Friendship Cemetery in Drasco, Arkansas under the direction of Roller-Crouch Funeral Home.

Memorials may be made in her honor to Friendship Cemetery, 115 McCarty Ridge Road, Drasco, AR 72530.