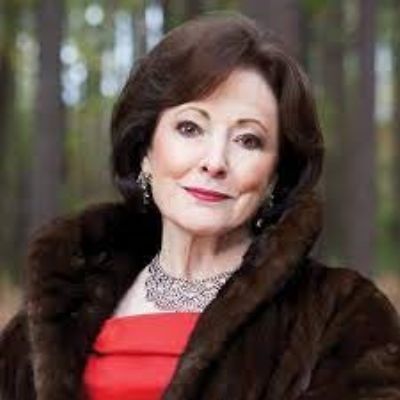 Gloria Laverne Cates Redman of Little Rock passed away peacefully on May 8, 2022 following a valiant battle with cancer. She died as she lived, a true Southern lady surrounded by family and friends, her faith never wavering.

Born in Kaufman, Texas to cotton farmer H.R. and Floreine Livengood Cates, Gloria had an idyllic childhood with her parents and two sisters. She was Homecoming Queen of her high school and pledged Chi Omega at Texas Christian University (TCU) in Fort Worth, graduating with a degree in home economics. After college, she moved to Arkansas for a job, got married and made her home in Little Rock, where she raised her two children and greatest joys: Rachel and Jake.

Gloria had an uncanny ability to successfully re-invent herself and master new skills throughout her careers in sales, marketing, fundraising and public relations. She started a TV cooking show while with the Arkansas Poultry Federation. She served as Sales and Advertising Director for Home Entertainment Publishing Group, selling ads for Take One video magazine to movie studios in New York and Los Angeles. She became Executive Director of the Arkansas Chapter of the Cystic Fibrosis Foundation and was named the Nonprofit Executive of the Year in 2001 at the Arkansas Business of the Year Awards. She was also the Director of Community Affairs at the Winthrop P. Rockefeller Cancer Institute at the University of Arkansas for Medical Sciences (UAMS).

As if raising a family and working full-time were not enough, Gloria always made time to give back to her community. This tiny woman had an incredibly big heart! A true servant leader and philanthropist, she served on countless boards of directors and committees over the years to support causes in which she believed. Most recently, she got involved in AR Kids Read and personally tutored 2nd and 3rd grade students so she would better understand the mission of the organization as a front line worker. AR Kids Read honored Gloria in April 2022 with its Lifetime Achievement Award. Other clubs, events and organizations that benefitted from her generosity include: Women and Children First, Fine Arts Club, Cancer Institute Cook's Tour, CARTI, Ronald McDonald House, Arkansas Children's Hospital, Woman of Inspiration, Little Rock Aesthetic Club and Little Rock Chi Omega Alums. In addition, two Arkansas Governors-Mike Beebe and Asa Hutchinson-appointed Gloria to the Governor's Advisory Commission on National Service and Volunteerism.

Often mistaken for her beautiful celebrity look-alike Dixie Carter, Gloria shared more than just a physical resemblance to the strong Southern character of Julia Sugarbaker. She was equal parts "Yellow Rose of Texas" and "Steel Magnolia"- and perhaps this was never more evident than during her three-year illness. Gloria never lost hope or complained. Instead, she tackled cancer with her signature grace and fierce determination. And she continued to count her blessings, invest time in family and friends, trust in God and serve others. She loved and lived life to the fullest.

Gloria had such a profound impact on so many people. She was an extraordinary mother and grandmother, thoughtful and caring friend, tireless volunteer, accomplished professional, fabulous cook, gracious hostess and resilient woman of faith. She was so much fun, too-whether she was lunching at Trio's, calling the Hogs in Razorback Stadium or working on the next charitable event.

Preceded in death by her parents and brother-in-law George Cooper, Gloria is survived by her loving children; Rachel Redman Brittain (Justin) of Scottsdale, Arizona and Jake Redman of Little Rock. Known as Gigi to her four grandchildren, Gloria was immensely proud of Lillian Cates Brittain, Jonathan Riley Brittain, Jackson Fletcher Redman and Sophia Grace Redman. Other survivors include; siblings, Peggy Cates Cooper of Frisco, Texas and Norma Cates and Dr. William Fortner of Kaufman; several nieces and nephews and a host of friends in Arkansas, Texas and beyond. Gloria's friends and family are heartbroken and yet do not grieve as others do who have no hope (I Thessalonians 4:13).

The family would like to thank Dr. Bill Tranum, Dr. Jamie Burton, Elder Independence Home Care (particularly Belva and Jackie) and the many friends-especially Diana Smithson-who helped care for Gloria during her illness.

The funeral will be held on Wednesday, May 11, 2022 at 3:00 p.m. in the chapel of Fellowship Bible Church, 1401 Kirk Road, Little Rock with a celebration of life immediately following the service. Gloria will be laid to rest in Kaufman, Texas next to her beloved parents. In lieu of flowers, please feel free to donate to one of the many organizations Gloria so passionately supported.