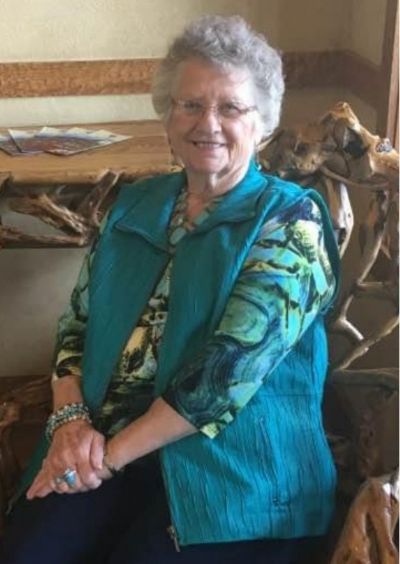 Donnie Jaye (Benton) Ziegler, age 83, of Yellville, Arkansas departed from this life on May 7, 2022 to be with the Lord.

Donnie and her twin sister were born on March 8, 1939 in Lakeway, Arkansas to Floyd and Myrtle (Baughman) Benton.

At the age of fourteen, Donnie and her family moved to Yakima, Washington where her dad found work to provide for his family. Three years later on June 17, 1956 she married Fay Zeigler. In the early 60's, Fay and Donnie moved back to Arkansas, where they bought a farm in Lakeway and raised their three children. She worked right alongside her husband clearing their land, running the farm and raising the children. They lived on the same piece of land and were married for fifty five years until Fay's passing in 2011.

Donnie was a devoted Christian, wife, mother, grandmother and great grandmother. She worked at the Baxter County Lab in Mountain Home, Arkansas for 31 years. After retirement, she dedicated her time to spending time with her family, helping Fay on the farm and watching her grandkids. Donnie, or as many knew as Granny, was always putting others first. She was the rock in the family. You could always go to Granny for advice and she would pour out her love and support. She would lovingly invite you into her home and feed you. If you ever had the opportunity to eat at her table and had her fried deer meat, beans and cornbread, you were blessed. You could always count on Granny to bring sandwiches, goodies and pop for lunch to the hay fields during hay season. She always made sure you had something to eat. When she wasn't tending to the home, cooking, or watching her grandkids, you could find her enjoying her favorite pastime, working on her next quilting project, sewing, hemming shirts and dresses or patching everyone's jeans.

She was involved in her kids and grandkids lives. She rarely missed a ball game, rodeo or anytime her family was practicing playing music. She was always there in the front row encouraging them and showing her love and support. She was her family's number one fan.

Donnie lived a very blessed life. Her relationship and faith in Jesus Christ was strong and unwavering. She was a devoted Christian and raised her family to love the Lord. She was very much loved and will be greatly missed.