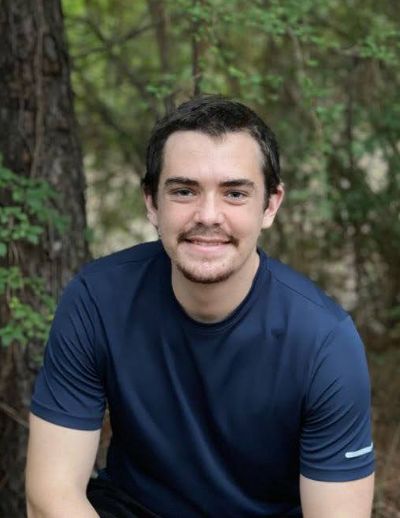 David William Mitchell unexpectedly passed away on April 7, 2022, at the age of 20. He was born in Austin, Texas on July 9, 2001 to Brian and Laura Mitchell, gladly welcomed by his older sister, Charissa Mitchell, and later joined by two more brothers, Denver and Stephen Mitchell. David is survived by his parents, three siblings, and his grandparents, Dennis and Anita Mitchell, and Russell and Shirley Kinningham.

As a boy, David loved animals, the outdoors, raising 25 chickens, participating in 4-H, playing league basketball, and beating anyone in chess! His unique wit and humor kept his family laughing.

In high school, he excelled at Spanish, art, and choir and was the top geometry student in his high school class. He continued league basketball, later being assistant coach of a boys' team. In addition to choir, he took voice lessons to further develop his naturally beautiful bass voice.

After graduating, David started both college and an electronics business, building computers and reselling electronics. Intent on treating his customers right, at times he would even take a monetary loss.

Alongside work, David loved the Lord and became quite passionate about Him, hungry for God's Word, attending multiple Bible studies, doing volunteer service, and giving away electronics and money to help those who were missionaries or who were working for God's kingdom. He called it his ''kingdom work'' and it gave him joy.

Because of a lifelong struggle with neurological and physical issues, he set out to overcome this struggle; he researched brain chemistry, listened to classical music as therapy, and stayed informed of new research in nutrition, encouraging others to do the same. He took on a highly disciplined life.

One could say he did overcome his struggle--at the heart level; but at the physical level, his mental illness prevailed. There is comfort that God sees the heart and extends hope that ''neither death nor life, neither angels nor demons, neither the present nor the future, nor any powers, neither height nor depth, nor anything else in all creation, will be able to separate us from the love of God that is in Christ Jesus our Lord.'' (Romans 8:37-39)