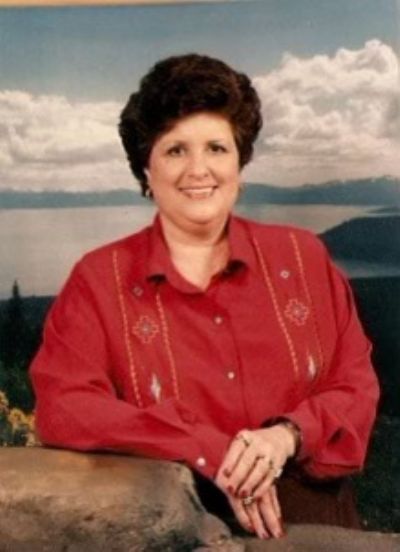 I have fought a good fight, I have finished my course; I have kept the faith. 2 Timothy 4:7

My Story, My Journey, My Legacy.... As we retrace the footprints of Saundra Dean Callaway, we can only give thanks for the many lives she touched and enriched along her life's journey. She was an amazing, spirited and beautiful woman, and she was blessed to enjoy many of God's blessings as a child, a wife, and a mother.

Saundra Dean began her journey of life on December 2, 1940 in Little Rock, Arkansas, as the only child of Mr. & Mrs. Darace McMurry and Howard Leslie Dean. Her father deceased when Saundra was eight years old. Her mom later married Robert T LaFollette, Jr., and Bob raised Saundra as his own, and loved and adored her and her family until his death. On the evening of April 14, 2022, Mrs. Callaway peacefully stepped from mortality into eternity in her 81st season of life.

Saundra graduated from Central High School in Little Rock, AR in 1957. Upon graduating, she attended college earning a Bachelor's Degree in Elementary Education from the University of Arkansas, Fayetteville. She has continuing education hours from several colleges/universities, including LSU. Mrs. Callaway loved the teacher conferences that she had the opportunity to attend while working as a classroom teacher in Benton, AR. Saundra loved the Lord Jesus Christ. She served faithfully at church until her health failed. She believed in the value of service and was a productive member of Kappa Kappa Iota, a sorority for educators and Les Moderns, formerly La Modern, a philanthropic organization.

When she was a young lady she met the handsome and charming Charlie Callaway and after an appropriate courtship, they were married in 1961. Together, they laid a solid foundation for family life, based on love, commitment, and Christian values. Saundra and Charlie became the proud parents of two beautiful children, Chanda and Callan. They are the grandparents of one incredible granddaughter who was born in 2010, Charly Ann Callaway. Saundra's love for Charly was beyond measure!

Saundra loved life. She especially enjoyed teaching, traveling, dancing, and fellowshipping with family and friends. She will be remembered for her compassion for animals; she loved cats, and she had forever love for her 130 lb. dog named Peebles. She was known as the teacher who was guaranteed to have a classroom pet most memorably, a hedgehog named Heather and an assortment of turtles.

Mrs. Callaway was preceded in death by her loving husband, her parents and her beloved uncle Haskell McMurry.

She leaves to cherish and honor her life's journey: her son Callan Callaway of Little Rock, AR and his special friend, Ms. Layton Walton; her daughter Chanda Callaway of Little Rock, AR, and her granddaughter Charly Ann who was the apple of her eye. She also had special cousins who considered Saundra as an aunt: Diane Gardner (Marvin) and Donna McMurry of San Antonio, TX, and Linda Bell (Ivan) of Greers Ferry, AR. She held dear her former students, coworkers, and the special relationships she formulated at Angie Grant Elementary in Benton, especially Andrea Willis, Paula Ireland, and Carolyn Myers aka Gilkie. Many lives have been made brighter and enriched because of Saundra Dean Callaway. Her legacy of love and service will live on forever.