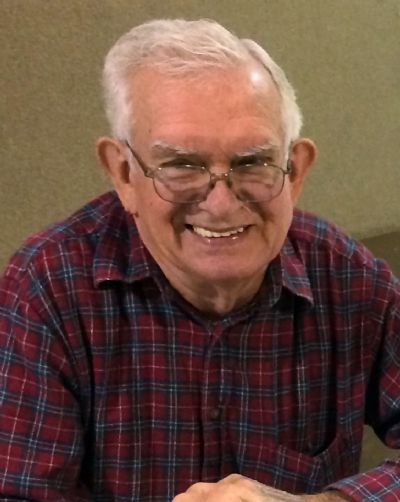 Jerry Henry Davidson, age 78 of Bay, passed from this life on Saturday, April 16, 2022, at Baptist Health Medical Center in Little Rock following a brief illness. His wife of 59 years, son and daughter-in-law were by his side.

Jerry was born January 27, 1944, in Monette, Ark., the first son of Avis Davidson and his wife, the former Juanita Bibb. Jerry was a 1962 graduate of Bay High School. He married his high school sweetheart and life-long best friend, Patsy Harp, on January 27, 1963. He joined the U.S. Air Force and served as a refrigeration mechanic in Greece, Turkey and Sumter, S.C., where his son, Jonathan was born in 1968.
Following his honorable discharge, Jerry returned to the Jonesboro area and worked as a mechanic for International Harvester and Krueger International printing. He joined the U.S. Army Reserve and was soon appointed to a full-time position as a Reserve training coordinator. He served at posts in Jonesboro, Parkersburg, W.V., Battle Creek, Mich., and Pine Bluff, Ark., before his retirement at the rank of first sergeant. He went on to earn certificates in digital electronics technology and advanced energy control technology at Arkansas State University Technical Center in Marked Tree.

Jerry had a generous servant's heart and was always first to volunteer his help wherever needed. His 1987 Dodge Ram truck lovingly known as Jezzy -- clocked more than 200,000 miles in his moves across the country and in helping untold numbers of others. He enjoyed driving friends to doctor's appointments, errands and church group trips. He also never passed up a lost hubcap or any other treasure he might see on the side of the road.

Jerry was preceded in death by his parents, his brother, Morris "Butch" Davidson, and his sister, Marcella Davidson. He is survived by his wife, son Jonathan (Terri) of Bryant, Arkansas, sister-in-law Barbara Sprinkle and brother-in-law Tim Buck, of Jonesboro, a host of nieces and nephews, as well as special friends Dale and Darlene Wood, Mike and Tammy Thomas and David and Wanda Webb.