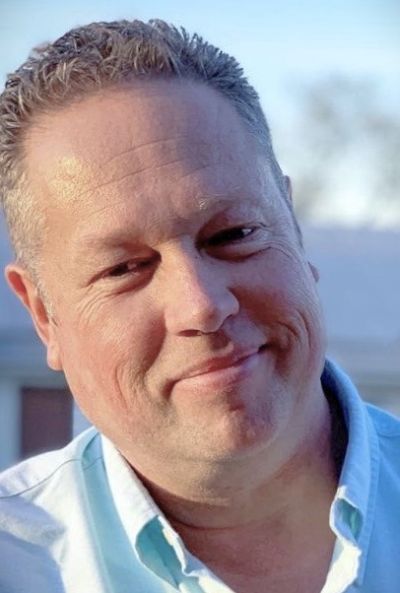 He leaves a vast loss in the hearts of his family and friends who were touched by his tireless dedication to others.

Ron was born on April 9, 1969, to Ronald Raper and Peggy Raper James in El Paso, TX. He is survived by his wife Jennifer, his mother Peggy, his daughter Victoria, his son Mason, and seven grandchildren, as well as 2 brothers, a sister, and other extended family.

He is, as his wife likes to say, ''pathologically nice''. Ron was one of the kindest, most generous and loving men, and everyone who ever met him was instantly drawn to his genuine and gregarious personality. Ron is a devoted man who loves God and his family deeply. His one constant wish is to help people learn more about God's promises for the future.

Ron was diagnosed with cancer in 2014 and had surgery and chemo to combat it. The surgery resulted in chronic nerve pain until October of 2021 when he received the news that his cancer had returned. Ron continued to go to work, dedicated to caring for his family. But on April 12, his most generous heart became tired, and he passed away with his loved ones near.

He was beloved by everyone who ever met him, A fantastic father and grandfather, devoted son, a wonderful husband and a best friend to all walks of life. No matter the circumstance, you'd always leave Ron's presence feeling better about yourself.

Ron is now sleeping and alive in God's memory, awaiting the day that Christ will awaken him. (John 5:28, 29)

There will be a virtual memorial service held via ZOOM conferencing on Saturday, April 23 at 2 pm. All are welcome to attend. To join the Memorial Service on Zoom, please call 903-243-6858 and listen to the message for details.

In lieu of flowers, please consider making a charitable donation. Donations can be sent to