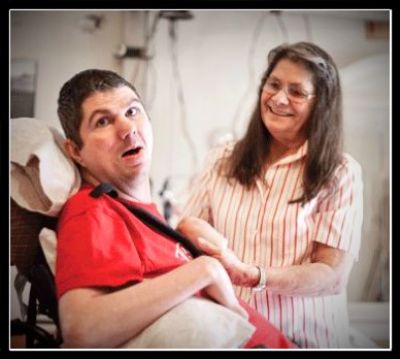 Terry Wayne Wallis, age 57 of Big Flat, Arkansas passed from this life on Tuesday, March 29th, 2022 at Advanced Care in Searcy, Arkansas. He was born in Marianna, Arkansas on April 7th, 1964 to Jerry Wallis and Angilee Marshall Wallis.

Terry was in an automobile accident in 1984, just six weeks after the birth of his daughter, Amber. The accident left him in a coma for 19 years. In 2003 Terry awoke from the coma and began speaking. He has been the subject of many news and medical articles and was known as "The Man Who Slept for 19 Years." His mother and all of his family cared for him relentlessly during his coma and afterwards. His family would bring him home on alternate weekends for years. Doctors believe that this stimulation contributed to his awakening period. Terry's mother passed away in 2018. He enjoyed eating anything at anytime and loved drinking Pepsi. He liked listening to live music, especially when his brother Perry was playing. Terry was a great teaser and loved to tease his sister. His wonderful sense of humor will be greatly missed by his family.

Terry is preceded in death by his mother, Angilee Wallis; and grandparents, Dorsey and Ora Marshall, Andy Wallis and Deal McClanahan.

Funeral services for Terry will be 2:00 PM Friday, April 1st, 2022 at Round Mountain Church with Bro. James Johnson and Bro. Charles Dye officiating. Visitation will be 1:00 till 2:00 PM preceding the service. Burial will be in Wallis Cemetery where Terry will be laid to rest beside his beloved mother. Bearers will be Randy Sisk, T.J. Woodbury, Richard Harness, Bobby Wallis, Cody House and Brandon Sisk. Honorary bearers will be Tim Wallis, Gavin Wallis, James Baze, Donna Mooneyhan and Dianna Ford.