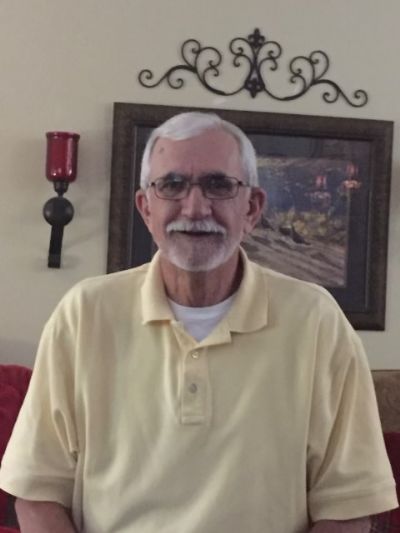 Phil Wesson, 69 of Mountain View, departed this life at his home and began his new life in heaven on March 17, 2022. Phil's faith in the Lord Jesus Christ and his relationship with Him was the most important thing he wanted anyone to know about. He was born in Bastrop, LA on September 21, 1952 to Doyle and Margaret Wesson. He was raised in Crossett, AR and in his early teen years his dad surrendered to preach the Gospel which took the family to Maynard, AR where he played high school basketball and graduated. He attended college at Williams Baptist College where he met the love of his life and soulmate Sharon Lassiter Wesson. He joined the Army Reserves and served with honor during the Vietnam War Era. Phil married Sharon in 1971 and they were married for 50 wonderful and loving years. They had their only child Jeremy in July of 1973 and were Godly, loving parents to him from that day to this day. Phil had twin grandsons that were born in 1998 and were called Home to Heaven as infants just a few short days after their birth. Phillip Lane Wesson and Jacob Cole Wesson. In 1999 Jessica Wesson was born and was the apple of her Big Daddy's eye from the word go. Then God blessed again and in 2001 Will Wesson was born and was the grandson and other apple of his eye. He also had the pleasure of getting to get to know and love his daughter-n-law Melissa whom he enjoyed a wonderful relationship with.

Phil spent nearly 30 years as an electric lineman and serviceman for AP&L and Farmers Electric Coop. God blessed him and Sharon with the opportunity to move to Mountain View in 1998-1999 where Sharon transferred and worked until retirement from the USDA Farm Service Agency. Phil and his cousin Keith started a residential construction business and were blessed with being able to build many homes and cabins on the White River and all over Stone and surrounding counties for 20 plus years. He built houses here but now enjoys a mansion up there. He was an avid outdoorsman and enjoyed trout fishing with his son and grandbabies as well as deer hunting in South Arkansas at the Fountain Prairie Hunting Club. Many generations of his family and close friends have spent countless hours of Godly fun, fellowship and hunting there on that special place with him where he will be forever remembered and missed. He enjoyed sitting on the front porch with his granddaughter and swinging even as she grew into an adult. Phil enjoyed watching Razorback sports with his grandson and the constant ribbing and good times that went on between them.

Phil passed on a legacy of love for Jesus that his family and friends are so grateful for. He was a proud member of Arbanna Baptist Church and loved his church family as his own. He was, behind God, the rock of his family and like the song he sang in church with his wife ''One Blessed Man''.

He is survived by his wife Sharon of Mountain View, AR, son Jeremy (Melissa) of Searcy, AR, grandchildren, Jessica Wesson of Fayetteville, AR, and Will Wesson of Searcy, AR, one sister Wanda Holland of Springfield, MO.

Phil is preceded in death by his parents Doyle and Margaret Wesson, one sister Myra Wesson, two grandsons, Phillip Lane Wesson and Jacob Cole Wesson and one brother-n-law Freddy Holland.

He also leaves behind a host of loving family and many other friends and church family that will truly miss him.