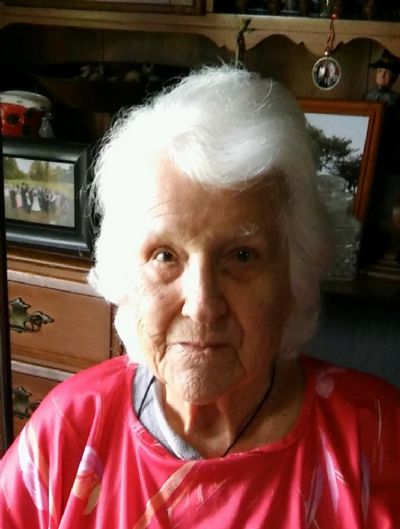 Dorothy Mae (Covington) Outlaw, passed away after a long and full life at the age of 98 on Thursday, January 13, 2022 at her home in Romance, AR. Dorothy was born in Romance on April 12, 1923 to Jessie and Altha "Bill" Covington as the third of 13 children, just a couple of miles from the home she lived in the last 50 years of her life. Dorothy grew up around White and Prairie Counties, living in Romance, Beebe and Hickory Plains, where she graduated high school. After high school, Dorothy served her country by working at the Ordinance Plant in Jacksonville during WWII until she married in March of 1944 and moved to Connecticut. While married, Dorothy raised her own large family of seven children and anyone else that came into her home. Dorothy may not have been related to everyone around her, but to her, they were family and worthy of her love and attention. Dorothy was the consummate host. Regardless of how she was doing or what was going on, if you came to her house, she was going to feed you and love you.

Well into her life Dorothy led an active social life and surrounded herself with friends and family. If she wasn't hosting parties or Canasta game nights with friends, she was traveling the world with friends and/or family. Dorothy loved to be active and around those she loved.

While raising her family, Dorothy had the patience of a saint to handle her seven darlings. However, they all had fair warning when they had pushed too far. Dorothy would give herself away by busting out in song. Amazing Grace meant you better straighten up, God Bless America meant you should not hang around too close, and The Lord's Prayer meant you should disappear as quickly as possible, because she was pleading with the Lord to keep her from getting you. With her grandchildren clues were a little more subtle, "For crying out loud!" was the phrase used to warn us of impending troubles.

Those who preceded her in death were, her loving parents, brothers Milton (Buddy), Robert, Kenneth, Herschell, William (Billy), and Donnie Covington along with two sisters, Mildred Thomas and Ermarie Green, one grandson, Brian Eichler, one granddaughter, Kim Outlaw and one great-grandson, Dillon Barnett. The family requests that COVID-19 protocol be observed with includes wearing masks and the use of hand sanitizer.

Dorothy's life will be celebrated at Roller-Daniel Funeral Home in Searcy on Saturday, January 22, 2022 with a Visitation at 10:00 AM and a Service immediately following at 11:00 AM. She will later be buried with her mother at the Hickory Plains Methodist Church Cemetery in a private interment.