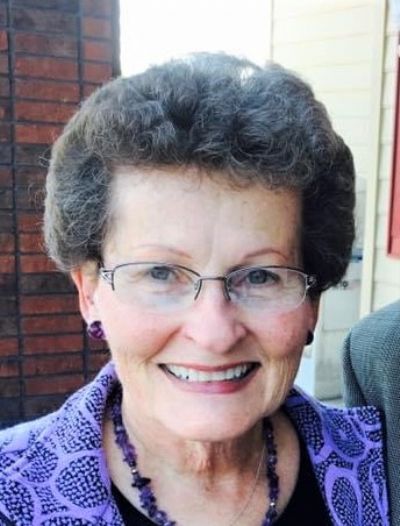 Ginny Shell, age 79, passed away peacefully at home in Little Rock, AR on Thursday, January 13, 2022. Born in Hutchinson, KS, she was the 3rd of 3 kids born to Joe and Lena Brooks.

Ginny graduated from Hall High School and then went on to college at Texas Christian University, graduating with a degree in Home Economics. Upon graduation, she moved to Galveston and eventually landed back in Little Rock. She stayed at home to be a wife and a mom and took pride in her job as a homemaker. She was an excellent cook; so much so that she won the Arkansas State Beef Cookoff with her "Stuffed Mexican Meatloaf". Her win took her to San Antonio for the National Beef Cookoff!

She loved volunteering in the bed babies department at First Baptist Church and later became active in her Sunday School Class at Immanuel Baptist Church. She was a member of the Little Rock Junior Departmental Club and the Antique Club. She loved to antique and flea market and one of her biggest joys was her Hearts Club, who met every month for over 20 years and traveled together to War Eagle each year.

She and Bob had a heart for families dealing with Alzheimer's disease and one of their proudest accomplishments is building the Ginny and Bob Shell Alzheimer's Center at Parkway Village. She also loved serving at Baptist Health and was a faithful Bolo Bash committee member for over 20 years. Ginny and Bob supported the hospital in many ways but Bob was especially proud of the time he surprised Ginny by naming the new hospital cafeteria after her, Cafe 9601 by Ginny Shell.

With all of her involvements and passions, what she treasured most was time spent with her family-her husband, both her daughters and her grandgirls. She loved and valued people and her mantra in life was the Golden Rule - "do unto others as you would have them do unto you" Luke 6:31.

A Memorial Service celebrating Ginny's life will be held at 1:30pm, Friday, January 21, 2022 at Immanuel Baptist Church, 501 N. Shackleford. Visitation will be held Thursday, January 20 from 5-7pm at Roller-Chenal Funeral Home. A private family burial will be held earlier.

In lieu of flowers, memorial donations may be made in Ginny's name to Immanuel Baptist Church (ibclr.org) or Alzheimer's Arkansas (alzark.org)