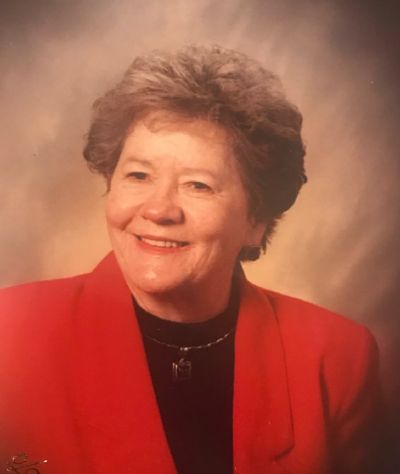 Maggie McCormack Boals, stalwart of the Democratic Party in Crittenden County for many years, died Wednesday January 12, 2022 at her home in West Memphis, she was 91.

Maggie, as she was known to everyone, was a former Crittenden County Quorum Court justice of the peace; a former West Memphis parks commissioner and alderman; former commissioner for the Port of West Memphis; and a former member of the State of Arkansas Capital Improvements Commission. She was active in many political campaigns over the years, from those of the late Sen. W.K. Ingram and his two sons, Kent and Keith; and worked in the gubernatorial and Presidential election campaigns of William J. Clinton.

''A yellow dog Democrat,'' Sen. Keith Ingram said of Maggie. ''And she loved Bill Clinton, and he loved her. No telling how many times she's been on Air Force One.''

Fiercely devoted to her community, Maggie was always active in community service. When her children were young, she served as a ward captain for her neighborhood in West Memphis, making certain residents got out to vote on Election Day. She loved her community, and loved the people in it, and is remembered for her personality and her broad smile.

Maggie was born January 6, 1931, in Cardwell, Mo., to Ernest and Frankie Barrow. Her father was a tax collector and Mayor in Cardwell, introducing her early to the world of public service. She moved to Memphis as a young woman, and to West Memphis soon after her first daughter was born. She went to work for Dacus Lumber Co., in charge of accounts payable, before moving to Evans Products Co., where she was personnel manager, and on to the agency manager's position at Life and Casualty Insurance Co. She later became co-owner and sales manager at the Furniture Gallery on Missouri Street. She retired from the Arkansas State Racing Commission, where she was state office auditor.

She was a member of Missouri Street Church of Christ for 64 years, and attended St. Michael's Catholic Church in her later years.

The family wishes to give special thanks to Elite Hospice, and her caregivers Carrie Branch and Estella
Hardin.

In lieu of flowers the family wishes for donations to be made to Arkansas Hungar Relief Alliance, or a charity of your choosing.

Graveside services will be held on Wednesday, January 19, 2022, at Crittenden Memorial Park Pavilion, in Marion, AR, at 2:00pm.