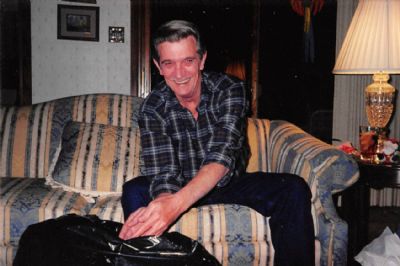 On Sunday, November 28, 2021, Jerry Gene Morrison, loving husband and father to four children peacefully passed away at his home in Fairfield Bay, he was 82. He was born at Cape Girardeau, Missouri to Hearl and Alfreda (Bazzel) Morrison. He married Linda Anne Henry on February 14, 1984. He was a father to a daughter and three sons; Deborah (B.J.) Crust, Darren (Cheryl) Morrison, Scott (Jenni) Kailey and Daniel Kailey.

Jerry retired from a 20 â€" year Air Force career in 1977 as a Technical Sergeant after three tours of duty in Vietnam earning a Bronze Star. After retirement, he pursued an interest in learning and doing many different things including, owning a video store, video trading business, and being a real estate agent. Jerry enjoyed working with his hands learning to paint and doing small carpentry projects around the home.
Jerry was a member of the Presbyterian Kirk of the Hills in Fairfield Bay.

Jerry was proceeded in death by his parents, Hearl and Alfreda Morrison and a granddaughter, Rachel.

A memorial service will be held at 11:00am, Saturday, January 15, 2022 at Presbyterian Kirk of The Hills in Fairfield Bay, Arkansas.